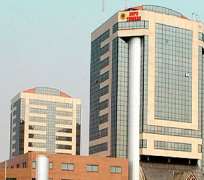 ABUJA, November 02, (THEWILL) - More revelations have emerged on how much the Nigeria National Petroleum Corporation (NNPC) actually owes the Federation Account, an account where all proceeds due to the Nigerian state are deposited before they are shared amongst the various tiers of government as prescribed by the constitution.

The latest revelation has come from the Nigeria Extractive Industries Transparency Initiative (NEITI), submitting that the NNPC had not remitted N842 billion as at December 2008.

This is a sharp contrast from the alleged N450 billion being investigated by the House joint committee and the position of the NNPC, that is has started paying the debt.

NEITI is a department under the direct supervision of the Ministry of Petroleum Resources headed by the controversial female Minister, Dr. Mrs. Diezani Alison-Madueke.

The Executive secretary of NEITI, Mrs. Zainab Ahmed who made the disclosure Wednesday before the House of Representatives joint investigative committee said that the NEITI’s audit report shows the NNPC owed N654 billion as at December 2005, while the debt portfolio increased to N842 billion in December 2008.

She said, “For the years under review, NEITI audits found that NNPC receives payment for sale of its domestic crude in naira and dollar. Naira receipts are paid into designated banks by NNPC customers and later transferred into NNPC/CBN crude oil and gas (Naira) account.”

According to her, the NEITI audit carried out an extensive month by month summary movement on the export crude oil and gas sales to customers and receipts from them, thereby deriving monthly indebtedness of customers at the end of each month for the three years under review.

She noted that NEITI report during this period also found out that other receipts for equity share of gas, and other proceeds from JV operators were also paid into the CBN/NNPC oil and gas (Naira) account adding that the CBN exchange rate for NNPC account is not done at the time transaction is done.

On subsidy reduction, Mrs. Ahmed conceded that there were some unauthorised deductions amounting to N1.178 trillion, which the NNPC could not provide adequate answers for. “We had asked whether it was government authority or a subsisting policy that is in place but we were not given any answer by the NNPC,” she told the committee.

She therefore recommended that adequate measures be put in place by the federation to restrict any unauthorised deductions from crude proceeds as well as increasing the frequency of sweeping the proceeds into the federation account so as to avail the federation of funds on a timelier basis.

Meanwhile, the joint committee presided over by Hon. Bassey Ewa however asked the NEITI executive secretary to return tomorrow (Thursday) with details of all its audited reports to enable the committee establish the veracity or otherwise of her submission. NEITI had brought only 2004 and 2005 audited reports.

The committee also decried the continuous absence of the Governors Forum to the investigative hearing. It therefore gave the body up till tomorrow to appear and make its presentation concerning the N450 billion debt since it is the originator of the allegations.

Transparency International (TI), in a report this year said the Nigerian National Petroleum Corporation (NNPC) is one of the eight most corrupt national oil and gas companies in the world.