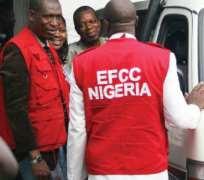 “Money and Corruption Are ruining the land Crooked politicians Betray the working man, Pocketing the profits And treating us like sheep, And we're tired of hearing promises That we know they'll never keep” - Ray Davies (English Singer, Song Writer and Guitarist)

Nigerians witness today a dismal picture of our Democracy due to Corruption in all Arms of Government - Executive, Legislative and Judicial. Democracy apart, Good Government is vital to the survival of the common man in our emergent economy. Unless something is done urgently to check the metastasizing cancer (corruption) this society is going down through a dismal tunnel the end of which cannot be predicted. Patriotic Nigerians should engage in efforts to salvage this Democracy and avert bloody cataclysmic change, anarchy, terrorism or just break-down of State Mechanism as in Somalia. Government alone cannot fight and stem corruption within its own fold.

The recent Court arraignment of three ex-Governors by the EFCC for embezzlement of State Funds to the tune of over One Hundred Billion Naira is evidence that our Public Officers are not ready to change their corrupt ways. The accused persons, though presumed innocent showed no remorse whatsoever smiling through the process as if they were receiving an Honours Award. One of them mobilized thugs to court to harass innocent patriotic youths who were in court to watch the proceedings. Although Nigerians are aware the Agency is still sitting atop case files of many corrupt governors (and ministers), the EFCC deserves commendation for this modest effort. Less than 10 out of over 40 gubernatorial suspects and only about 3 or 4 convictions so far - that is all we've got for Nigerian and Foreign investment in the Agency (Admittedly the Agency's work has been impeded by few corrupt elements in the criminal justice system including fifth columnists within its own house) Hopefully, critics of the Agency, who allege selective prosecution would have by now seen the light.

Not to be outdone by the Executive and their Federal Counterparts, Members of the Legislative Arm of the States have been helping themselves from the kitty with the Lagos State House of Assembly Speaker "carrying first" with 500 Million Naira Monthly Disbursements now under investigation. The Exclusive "Pointblank News" Report, quoted verbatim hereunder is also representative of the peculative activities of State Legislators across the country. The Report:

"The Oyo State legislature blew a whooping N121 million on a two week " legislative training "tour of the United Kingdom, abandoning victims of the recent flood that ravaged the city of Ibadan. This amount excludes the amount paid to the organizers of the “training" in London. Another drama is also unfolding. The legislators are at war with the Speaker, Jumoke Sunmonu, because she has refused to share the 20 per cent commission, she got from the travel agency which sold the tickets to them. N25 million was used to purchase return air tickets to London for the 33 lawmakers. She was the one who brokered the air ticket deal, which comes with a commission Pointblanknews.com sources hinted that each legislator got N660,000 as estacode, while accommodation was N1 million each , while the air tickets gulped N25 million for the House. It was learnt that the trip which the opposition and political observers have tagged" wasteful", was partly financed by the state Governor, Abiola Ajimobi of the Action Congress of Nigeria (ACN)."

The Judicial Arm's new head, Chief Justice Federal Republic of Nigeria, Hon Justice Dahiru Musdapher has set up a 28-member panel to reform the judiciary. The Panel began its daily sitting on Tuesday October 19, 2011. The Chief Justice deserves commendation for taking immediate steps to examine among others, the problem of corruption in the Judiciary. But the cancer may have metastasized to unimaginable proportions. A tip of the iceberg is a report dated 26 August 2011 in Nigerian Tribune:

"The Presidency appears to be in a dilemma as to the nature of its intervention in the judicial arm of government, following the submission of a secret report which indicted a number of judicial officers of monumental corruption. Investigations by the Nigerian Tribune confirmed that the government is in possession of the document which detailed lots of underhand dealings in the judiciary. It was confirmed that unethical practices, such as judgment procurement and actual instances of corruption were probed by the secret committee. According to investigations, the report, which detailed incidents in the judiciary from 2006 to 2011, confirmed that a number of judges have been named as “living above their legal means.” It was further confirmed that a number of judicial officers were linked to what was termed “judgment procurement,” which was said to have gulped about N106 billion in recent years. “The bulk of that sum has been salted away in foreign lands to procure properties in the name of fake companies, fake children, schools and fake associates,” a source privy to the document quoted the submission. “The last has not been heard of the development in the judiciary, as far as corruption is concerned. A report in the hands of the state has confirmed that some properties were bought globally, especially in Dubai, United Arab Emirates (UAE), South Africa and London. Some of the real owners are judicial personnel, whose total emolument cannot in anyway justify the purchases."

Although the Nigerian Taxpayer has been made to worry mostly about corruption in Election Petitions and Gubernatorial Embezzlement Trials, the reality is that those issues constitute less than 10 per cent of the work of the courts and are seasonal. Truth is the common man as well as the big corporations has for years complained of lack of access to justice due to judicial corruption. Even the Law Enforcement Agencies of the Government are not exempted from unjust, corrupt (sometimes illegal) orders and judgments! Perhaps the new Committee’s one-month assignment would lead the way to reducing the incidence of "judgment procurement" - a euphemism for judicial corruption but one must admit that the NJC is doing its best given the workload of Petitions arising from pervasive unethical conduct amongst Judicial Personnel.

In the circumstances, we hereby re-state our position that there is need for a comprehensive public review of Institutions and Individuals responsible for pushing Nigerians into this dismal state of affairs. Nigerians are tired of venting their anger on keyboards or just crying to Almighty God for salvation. Government should provide a non-conventional forum (other than the Internet, Newspapers or National Assembly) for expression and addressing the perennial failure of governance so that all are involved in finding solution.

The Commission of Enquiry into Election Violence and Mr. President's proposal for a single tenure for Office Holders are steps in the right direction. But these are isolated solutions by Government to government on specific issues that are seasonal. A holistic approach is needed so we don't end up duplicating efforts or implementing reforms piecemeal, in fits and starts. Besides, Nigerians (from experience) do not trust Elected Representatives to address serious issues of accountability, retribution ethics-in-Government, and social reform in any meaningful way. That will be like making our past (coup-plotter) Presidents head a Panel on the causes of political instability since independence in 1960. As the malaise of official corruption festers daily, our jobless youths, its hardest hit victims are getting restive. Their bottled social discontent and hardship will in due course find expression in a most unusual and unexpected manner on surprising targets, if nothing is done urgently. Where are the promised “dividends of Dremocracy? Nigerians have since discovered even before the above-cited Reports that this Democracy is indeed nothing but a scam!