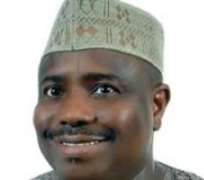 THE proposal to peg the benchmark of the 2012 budget at N70 per barrel generated intense debate in the House of Representatives yesterday.

The debate came at a meeting between the House of Representatives' Committee on Appropriation and top officials of the Finance Ministry, the Central Bank of Nigeria (CBN) and the Budget Office of the Federation.

Lawmakers equally engaged the officials in serious debate over the proposed exchange rate  of N153 to a dollar for the 2012 fiscal year.

The two proposals were contained in the 2012-2015 Medium Term Fiscal Framework (MTFF) submitted to the National Assembly recently.

Members of the Committee particularly sought explanations on why the crude oil benchmark had to be pruned  to N70 per barrel as against the initial proposal of N75 to a barrel.

Minister of State for Finance,  Yerima Lawan Ngama, informed the committee that the decision to peg the oil benchmark at N70 per barrel was well informed.

'We made extensive consultations and we considered the outlook; we considered the fact that the price of crude oil will likely increase because the post Gadaffi Libya would produce more oil and increase supply. We settled for N70 per barrel based on scientific calculations and not based on arbitrariness.'

Ngama also advised that it was better for Nigeria to cultivate the culture of spending less of the resources from oil.

He said that measures were being taken to stop revenue  generating agencies from spending almost everything they generated.

According to him, the measure was aimed at attracting more revenue to the national treasury.

Earlier, the committee also debated the N63 per dollar exchange rate proposal with the CBN which was represented by its Deputy Governor in charge of Operations, Mr. Tunde Lemo.

He said the exchange rate proposal was not based on speculations pointing out that the Ministry of Finance and the Budget Office considered series of factors before arriving at that figure.

Lemo said the CBN totally aligns itself with the N63 per dollar exchange rate proposal.

Providing further explanations on the Exchange rate proposal, Ngama said: 'What we have is a managed kind of exchange rate. With all factors properly considered, this is what we can manage for now.'

The minister disclosed that the total debt of Nigeria stood at N6 trillion pointing out that servicing the domestic debt was consuming a very large fraction of the nation's annual budget.

Briefing the committee on some highlights of the 2012 fiscal outlay, he stated that N794 billion had been set aside to serve domestic debts, which stood at N1.1 trillion.

Ngama added that the 2012 budget would not be different from the 2011 budget that was a deficit budget adding that substantial part of revenue had been set aside for deficit financing.

'Servicing domestic debt is competing with capital vote, and this is the truth, we want the National Assembly to assist us in this regards because the reality is that future budgets will not be different from what are battling with now.' Ngama stated.

At the end of the on-going fiscal year, Ngama said that the ministry was expecting over N200 billion to be returned as unspent fund into the Federal Government coffers.

Meanwhile, the Committee had softened its stance that the Minister of Finance, Mrs. Okonjo-Iweala must appear before the Appropriation committee to defend the MTFF as pre-condition to receiving the 2012 Appropriation bill from President Goodluck Jonathan.

Okonjo-Iweala was given an ultimatum of  12noon of yesterday to show up at the committee room, or risk the rejection of the 2012 Appropriation bill by the House.

Meanwhile, the House of Representatives Committee on Public Account has decried alleged efforts by some Ministries, Departments and Agencies (MDAs) to frustrate attempts at entrenching accountability and transparency in governance.

At a meeting with accounting officers of government agencies and commissions in the National Assembly yesterday, the Committee noted that  'the root of corruption in Nigeria is the resentment of Federal Government agencies to accountability as stipulated in the financial laws of the country.'

Chairman of the committee, Solomon Adeola, lamented that that majority of the agencies had created impediments to frustrate the committee's efforts at ensuring that those agencies complied with the rules of proper auditing.

Author of this article: From Azimazi Momoh Jimoh, Abuja