NOLLYWOOD, SILVERBIRD: WHAT MANNER OF PARTNERSHIP? 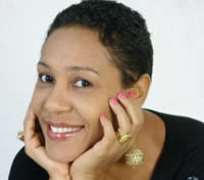 • Sharon George
From Lilian Bach, Uche Jombo to Shan George, it's been complaints galore for industry people, who choose to do business with Silverbird Distributions and Cinema. What is wrong? Do these people want free service, or is Silverbird using them to become the biggest player in the cinema business?

Last year, a movie maker from abroad almost got physical with Jonathan Bruce at the cinema floor over what he described as unfair treatment. According to the filmmaker, whose movie did very well and was involved in self-distribution, Silverbird Cinema almost killed his movie with bad timing. 'The slot they gave my movie was bad. Timing is key in this cinema business.

It was as if they wanted me to fail. They gave all the Hollywood movies good timing and gave my movie and one other a time slot that made fewer people come to the cinema. And to make matters worse, they put my banners behind some Hollywood movie banners. I complained, but they took it personal and decided to yank my movie off schedule when people were asking for it.

'It was emotionally troublesome and I also created a scene at the cinema floor when I went there to complain. It is always a shock that they profess to support the industry when in actual fact they are killing some of us by their profits and demands.'

Just recently, Shan George took a swipe at the Ben Bruce-led organization on the facebook over what they were charging her for a proposed premiere. It is a normal practice at Silverbird Cinema to charge about N250,000 for the atrium, and money for popcorn, seats in the cinema and other sundry charges. These charges have always been an issue for movie makers and film exhibitors. And to make matters worse, Silverbird most often threaten not to show any movies that does not hold its premiere at its atrium.

Kunle Afolayan openly complained that the distribution arm of the company does not keep to its promises. For instance, the distribution arm is responsible for taking movies and its promotional materials to cinema, and Silverbird Distributions offers publicity as one of its many advantages over other distributors. Many of its clients had complained that Silverbird does not do enough adverts for their movies as promised, instead the TV arm focuses more on Hollywood movies.

Silverbird Televison recently gave directive that any movie maker, who uses distributors other than Silverbird, should not be invited for its morning programme anymore. What movie makers are not finding funny is the revenue formula of the cinema. Silverbird sometime go went as far as asking for70 per cent for movies, a percentage those in Nollywood find hard to believe. An attempt to chat up Mr. Taiwo, a top official of Silverbird, he declined comment and instead directed our correspondent to the Yaba head office of the group.