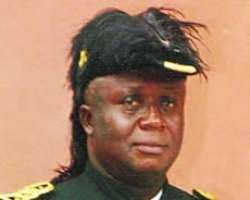 Ezeakacha
Last month, Nigerians joined their counterparts all over the world to mark the cancer awareness month. The statistics was gloomy, sobering and scary. It readily sends cold chill down the spine. Cancer cases are steadily on the increase. Like a mad bull in a china shop, the ailment is reportedly decimating a large chunk of the global population, Nigeria inclusive.

In Nigeria, most recent statistics confirm that cancer cases have increased by 21 per cent.

According to the World Health Organisation (WHO), there are estimated 100,000 new cancer cases in the country each year, although observers believe the figure could rise to 500,000.

Determining what causes cancer is complex and it is often impossible to assign a specific cause for a specific cancer. Many things are known to increase the risk of cancer, including tobacco use, infection, radiation and environmental pollutants. These can directly damage genes or combine with existing genetic faults within cells to cause the disease. A small percentage of cancers, approximately five to ten per cent, are entirely hereditary.

But mortality rate is said to be higher in developing countries due to late presentation, ignorance, illiteracy, religious beliefs, stigmatization taboos, and fear of the unknown.

An expert, Mrs. Ebunola Anozie, chief executive officer and national coordinator, Care Organisation Public Enlightenment (COPE), while speaking at a recent event to mark the Cancer Awareness Month raised the alarm that as a non-communicable disease, cancer was the enemy in our midst that threatened us as no war or man-made crises had ever done.

Apparently convinced that all hands must be on the plough as governments alone cannot tame the raging scourge, District 16, First Regiment, Lagos Grand Commandery, the Order of the Knights of St. John International (KSJI) has picked up the gauntlet. The Knights have put together an anti-cancer concert involving 500 choristers. The show aptly tagged: Singing out cancer holds on Saturday, November 5 at Christ the King Catholic Church (CKC), Akowonjo, Egbeda Lagos.

Sir Rufus Ezeakacha, District 16 Commander and host of the event, says the concert, which has received the endorsement of pharmaceutical giant, Fidson, is aimed at heightening awareness on cancer as well as raising funds to assist select patients, particularly children. He posits that everyone owe it a duty to create cancer awareness and give succour to the victims.

He agrees that scant attention is being paid to cancer, even though it has attained an epidemic proportion. He says that is the reason the KSJI District 16 decided to enlist in the anti-cancer crusade.

He said: 'We chose to focus on cancer because people know that it kills and many are afflicted, but they don't talk about it. And where they do, they talk in whispers.' He believes that the time has come to raise the awareness bar and banish the culture of silence which he says has fuelled the incidence of cancer.

'It is rather unfortunate that the issue of cancer is being relegated to the background, which shouldn't be. The federal and state governments and every stakeholder in the society must act fast before it becomes a time bomb; public awareness about cancer should be increased.'

Ezeakacha says the Order decided to use music because of its mass appeal. In fact, besides performing popular tunes and some other compositions from Handel collection, the 500 choristers drawn from no fewer than 20 choirs in the Agege Deanery of the Lagos Catholic Archdiocese would render a special theme song entitled: 'Singing out Cancer.'

According to the host, 'we want to use this avenue of gathering 500 choristers to create awareness about cancer; to let people know that this ailment is there and should be talked about. After the 500 choristers have performed and created awareness, if you are touched to give anything to support the treatment of children living with cancer, you then can do so.'

While flaying the culture of silence, Ezeakacha says the more victims are willing to take their cancer problem to town, the better for them as this would promote early detection.

'When cancer is detected early, it can be cured. So, early detection is what we're after. Cancer is not a death sentence if people speak out and it is detected early. But if they keep quiet about it or talk about in a hush tone, then it would continue to gnaw away little by little and by the time it blows up, it may be too late. Then, they would say cancer is a terminal ailment. It. is not a terminal ailment when it is detected early. That early detection and awareness creation is what we are after. Then whatever money we're able to raise will go to children living with cancer foundation. A lot of people do not know that cancer attacks children also; and when the children are cured, they can live a normal life. As the future leaders, the children need to be given special attention. Moreso as they are vulnerable.'

The Lagos District 16 commander has this for parents and guardians: 'When you notice strange feelings in your body or children, because children cannot express what they are suffering from, do not dismiss it with a wave of the hand. You must endeavour to take the child to a doctor who would perform the necessary examination and proper diagnosis. When it is detected early, it can be cured.'

He says the 500 concert is not a one off thing. According to him, it is a work of charity they intend to continue as long as there is life, because, according to him, charity is key in KSJI's four-point agenda. The others are spirituality, discipline and fraternity.

'Charity is one of our four-point agenda. That is why we want to reach out to the children. We are particularly concerned with children for now. But that does not stop us from reaching out to other privileged groups in future. But now, we want to focus on children because they are most vulnerable. It is not a one stop project. It's something we intend doing annually. This is our first outing. We know it would grow into something big. But where it would take us to, we do not know,' he enthuses.

Aside the powerful rendition by the 500 strong choristers, there would be experts to offer pep talk on cancer as well as conduct free cancer screening.

The concert may not be a swansong or nunc dimitis for cancer, but it sure marks a worthy start. It is hoped that the organisers would endeavour to nurse it from a seed into a giant oak and make it a source of succour for victims of cancer. And given the reputation and calibre of the members of the KSJI District 16, and the ideal of the founders of the Order, this is not a misplaced expectation.