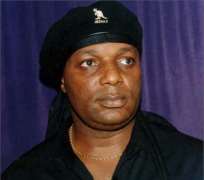 The two gurus resigned on Monday because of their lack of confidence in the activities of AMPEC toward organising a free and fair election, which is expected to hold today.

http://nollywoodgists.coml gathered that to an extent their resignation cannot be unconnected with the attack launched by thugs on some movie producers at the National Arts Theatre.

The producers were attacked during the election screening exercise by some thugs allegedly sponsored by the association's incumbent president, Paul Obazele.

Sources at the scene of the attack told http://nollywoodgists.com that trouble started when the hoodlums, who were not even members of AMP, discovered that another aspirant, Teco Benson, was having an upper hand at the polls.

However, when http://nollywoodgists.com called Obazele on phone, he denied being aware of the incident. But the Financial Secretary of the association, Obi Madubogwu, argued that “if that was true, how come it was only the supporters of Teco that were attacked? Besides, I saw him (Obazele) talking and drinking with the thugs before the incident, but I never knew that was their plan.”

Award-winning film producer and director, Dickson Iroegbu, who was among those attacked, has, however, cut off his dreadlocks as a result of the injuries he sustained.

He said: “I'm mourning Nollywood, because it is unfortunate that things like this can be happening among us.”

It took the intervention of policemen from Iponri Police Command tosave the victims from the thugs.