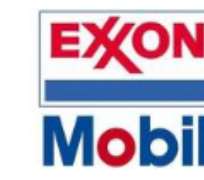 The Texas-based oil and natural gas giant said it had spent $8.6 billion on capital expenses and exploration, resulting in a record level of $26.7 billion for the first nine months of the year.

For the first nine months of the year, earnings were up 49 percent from the same period a year ago to $31.7 billion.

In recent years, ExxonMobil has shifted away from its traditional strength in oil and invested deeply in natural gas, notably with its $41 billion acquisition of gas driller XTO Energy last year.

The acquisition came as US energy companies have been seeking to unlock vast reserves of shale gas in the United States, using new drilling techniques, as older oil fields run out or are pushed offline by political unrest abroad.

ExxonMobil is the world's largest publicly traded company in terms of market capitalization. It has upstream oil and gas projects in countries as far afield as Russia, Canada, Nigeria, Angola and Papua New Guinea.

The strategic cooperation agreement will initially see ExxonMobil invest a relatively modest $2.2 billion in the Arctic's Kara Sea and another $1 billion in Black Sea projects.

The company also signed an agreement with the Indonesian government for development of the Natuna gas resource.