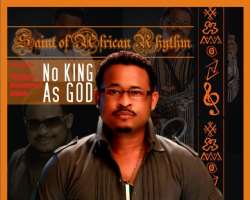 The formidable team of Black Face Band led by the multi-talented artiste, Oluwaseyi Solagbade has finished work on his third album entitled

The 13-tracker album which has been commended by his fans is slated to be launched at the exotic hotel and conference centre on Toyin Street called White House on Sunday, 27th September 2009 by 4pm prompt.

The impermeable saxophonist who is well-known in the entire Europe will cease the opportunity to give a dose of his Afro style to his large fans. While preparation for the grand event is going on, Seyi, we were told, has also sealed off a deal to be entertaining his fans every last Sunday of the month in the same venue. The show is put together by Oju Dudu in conjunction with White House.