NO WAIVER FOR ALAIBE YET -PDP 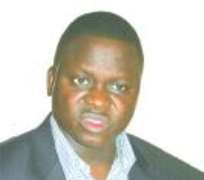 Uncertainty pervaded the national secretariat of the Peoples Democratic Party (PDP) yesterday over the expected waiver to former managing director of the Niger Delta Development Commission (NDDC), Chief Timi Alaibe who has just returned to the party.

Alaibe is an aspirant for the governorship primary slated for November 19.

Daily Sun investigation revealed that at the end of the emergency meeting of the PDP National Working Committee (NWC), it instructed it Zonal Vice-chairman, South-south, Chief Mkpubre Okon to proceed to Yenagoa and find out more information on issues surrounding waiver for Chief Alaibe.

Speaking with Daily Sun on phone, Chief Okon disclosed that the PDP NWC was yet to take a position on waiver for Alaibe.

In the suit dated July 7 filed by Mr. Mienyobofa Stephen-Gow, he wanted the court to determine whether if INEC could lawfully direct the PDP to conduct a fresh primary election to nominate a governorship candidate of the party for the 2012 governorship election in the state.

Stephen-Gow is also praying the court to state whether the PDP could conduct another primary election having conducted a similar election for the same office on January 12.

He wanted the court to declare that INEC had no right to ask PDP to hold a fresh primary election in view of a similar election that was conducted in January.

Meanwhile, the posters of Mr. Ndutimi Alaibe with Labour Party (LP) logo have flooded Yenagoa, Bayelsa State capital. Alaibe's appeal for waiver is before the National Working Committee of the PDP.