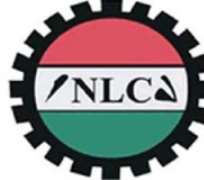 The Nigeria Labour Congress (NLC), yesterday described the statement accredited to the Minister of Petroleum Resources, Mrs. Allison Diezani Madueke at a press conference in Perth, Australia, on the planned removal of petroleum subsidy as untrue and a calculated attempt by the Federal Government to mislead the international communities.

It also accused the Federal Government of using the opportunity of the ongoing meeting of Commonwealth Heads of Government in Australia, to lure Nigerians away from the ongoing mobilization against its 'anti-people policy.'

The NLC, in a statement in Abuja, wondered why the petroleum resources minister would want to deliberately mislead the international communities, when President Goodluck Jonathan himself had in his letter to the National Assembly on the Medium Term Expenditure Framework of his administration, stated categorically that the government had decided to remove fuel subsidy and that the take off date was January 2012.

The statement signed by the NCL president, Mr Abdulwahab Omar and made available to Daily Sun, specifically noted that the President had on his way to the commonwealth summit in Perth, Australia, told the country that fuel subsidy must be removed as the alternative was the collapse of the economy. It has therefore called on Nigerians not to relent in their patriotic mobilization to resist the policy that would further impoverish the citizenry.

'So Mrs. Allison-Madueke is not forthright on this matter and the NLC urges Nigerians not to relent in their patriotic mobilization to resist this policy that will further impoverish the citizenry. 'Essentially, she claimed before the international community that the Federal Government had not taken a decision on the removal of oil subsidy and that no date had been fixed for the removal. 'These are untrue statements calculated to mislead the international community and to lure Nigerians away from the ongoing mobilization against this anti-people polic,' the statement added.

The statement also condemned the remarks made by the petroleum minister that government could not check the fraud in subsidy because '… we are not in a military regime, the market forces of supply and demand has to be allowed to a certain extent,' describing it as a rationalization of criminality and an admission of failure.

'We do not need a military regime to deal with criminality, what we need is a democratic process of bringing culprits before a court of competent jurisdiction and dispensing justice.' the statement added.

Meanwhile, the National Youth Council of Nigeria (NYCN) has threatened to go on hunger strike on November 11, should the Federal Government go ahead with its plan to remove subsidy on petroleum products.

Describing the proposed removal of fuel subsidy by government as demonic, the NYCN said it had commenced the collection of signatures from Nigerian youths in readiness to pass a vote of no confidence on the President Goodluck Jonathan led administration.

President of the council, Mr. Olawale James Ajani, who made this known during a media briefing yesterday in Abuja, has therefore called on President Goodluck Jonathan to, as a matter of urgency withdraw the proposed removal of fuel subsidy, increase government commitment to boosting local content capacity, recover all stolen monies and cancellation of all criminally reached plea bargains, organize public debate on the workability in the future of the demonic proposal and take proactive steps to put in place modern refineries.

Ajani, who said NYCN would join the NLC, Trade Union Congress and other trade unions in the country to fight against the removal of fuel subsidy, added that the council had concluded plans to mobilize 500,000, youths in Abuja, come November, 11, to embark on a peaceful protest. During the protest, the NYCN president said the youths would carry out a blocade of all the roads leading to the three arms zone.