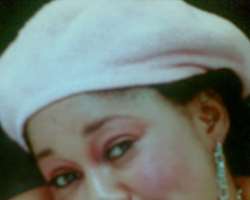 Fresh facts have just emerged about the on-going ripples between the Nollywood actress, Tayo Odueke popularly called Sikiratu Sidondo and her former lover MC Oluomo, the Oshodi 'king' of NURTW.

News emanating from MC Oluomo's angle reveals that Tayo, aside the fact that she was accused of theft, she was said to have caught in an uncompromising position with one of Oluomo's aides, this, we learnt, led to the withdrawal of Tayo's Murano Jeep.

This really may not be true though, the reason is that, Tayo, in an interview, explained that the necklace she was alleged to have stolen was asked by him (MC) to be kept for him. Things, however, shortly after their separation, have taken any turn as we gathered that MC ordered his 'boys' to also withdraw a car he bought for Tayo's mother.

All effort to reach Tayo on her Zain mobile line was aborted as the answering machine repeatedly said that the number does not have the facility to receive calls.