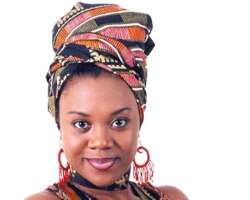 Highly controversial movie idol, Stella Damasus-Nzeribe may not have felt the pandemonium that later aroused after has succeeded convincing her secret lover, Taiwo Afolabi who runs Sifax Shipping and other services to part with a large sum of money, running into N27 million cash to supply almanac, souvenirs etc for their customers some months back.

As we were reliably informed by one of the very close confidantes of the shipping magnate, Taiwo Afolabi, Stella Damasus who has been facing a lot of controversies lately due to her unalloyed passion for joystick, we gathered, approached Taiwo, his secret lover that her company, Mon Afrik, would not mind to take care of their almanac and other gift items for their esteemed customers, Taiwo, the lover boy, we were told, never raised a blink and she was said to have instructed Stella to bring forth her proposal.

Before that time, the Corporate Department of the multi national company, Sifax Group of Companies was said to have started work on the gift items' project and when Stella's proposal was endorsed by their boss, they were alleged to be short of words and put a hold to the ongoing project and there was murmuring all over the place.

To worsen the whole case, Taiwo Afolabi we were told ordered Stella Damasus to be paid cash and they did. Information emanating from that Sifax Company reveals that all is not well between Stella and some top staff of the company, most especially those who run things at the corporate affairs department due to Stella's game of wit. “Whenever she comes around, nobody gives her any recognition in the department as I learnt that she double-crossed them and this didn't go down well on the people in that department. One of the workers told us.