PETITION TO THE LEADERSHIP OF THE NATIONAL ASSEMBLY 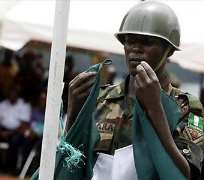 Our attention as Ex-boys of the Nigerian military school Zaria has been drawn to the comments made by the Director of Army Information in Abuja, Col. O. U. Abdul regarding the planned ‘demilitarization’ of the Nigeria Military School, Zaria as published in the Vanguard Newspaper on September 15, 2011.

Though the initial reaction was not to bother issuing a reply giving the inherent errors in his claims and for the fact that already other legal means are being pursued in the bid to resolve this national crisis, we have now chosen to do so for the singular purpose of informing the general public, who are the direct victims of this move, about what this line of action which the Colonel has made public and the falsehood of some the reasons espoused.

Thousands of parents across every state of the country have selected that particular school for their wards over the last 57 years for clear cut reasons, one of which is to avail their wards the opportunity of attaining academic and military education. Students currently in the school today sought admission primarily because of this. To therefore take a decision that removes that particular element from the institution without any consultation of the stakeholders in any form is to put it mildly, a disrespect to the public.

Unilateral actions such as these in a budding democratic setting only remind people of a dictatorship past that we thought Nigeria had outgrown.

Col. Abdul, in an obvious reaction to a law Suit recently filed against the Army asking it to revert to status quo, said he was making his explanations to the press because “The Nigeria Army considers it most expedient to make this clarification in order to correct some misconceptions which are currently being canvassed in some quarters.’’

The general public needs to know what these ‘misconceptions’ are.

First of all, Col. O. U. Abdul claimed NMS was established in 1964, subtracting 10 clear years from the age of the school. The Nigeria Military School, Zaria was established in 1954 by the Queen of England and was named BOYS COMPANY OF THE QUEENS OWN NIGERIA REGIMENT modeled after a similar school in the UK, making it one of the oldest secondary schools in the country today.

Next he alleged that the decision to stop absorbing ex-boys of the institution into The Nigerian was in line with the United Nations Convention on Child Soldiering. According to him, “a decision was then taken to overhaul the School’s curriculum where armed and combat training for boy- soldiers was proscribed in line with the relevant UN Standards”.

We are not sure why the Nigeria Army will put out falsehood such as this. That particular Convention, as every other UN Convention, is documented and its parameters are clearly spelt out.

A boy is admitted into NMS between the ages of 10 and 14 and only goes into the mainstream army on graduation at the least age of 16! Where he is given an option to either enlist or opt out of the army.

Clearly there is no conflict whatsoever with the quoted UN charter on the rights of the child. The public need the Army to clarify why it has made this claim and taken a decision on it when the parameters are there for the whole world to read.

This is why today we still have military schools in countries such as the United States of America, Great Britain and even our brothers, South Africa, for a specific example, the Duke of York`s Royal Military School England that was founded in 1803 only recently got upgraded to an academy training boys between the ages of 11 and 18 but proudly kept its military traditions, are they not signatories to the same UN convention?

Thirdly, Col. Abdul further said, “Really, the administrative burden of managing the products of the school in the Army units has been cumbersome’’. He did not go on to explain how this has been so. The system of processing ex-boys from NMS through their Units and in furtherance of their careers as military men has been in place for decades. How come it is now described as cumbersome, in fact, so cumbersome as not to warrant a look at the root cause of the ‘cumbersomeness’ but instead applying one sweeping solution. Halt the entire process. This is nothing more than throwing away the baby with the bath water and throwing insults after it.

In no society and for no problem has this ever been an answer.

Therefore, while the government is struggling to create jobs for its teeming and growing unemployed youths amidst a growing spate of security challenges, the army by this unpopular decision seems bent on doing the exact opposite; 251 highly trained and motivated young boys passed out of the school last month in readiness to be posted to their respective units to serve the nation but their high morale was killed by the army`s decision to demilitarize the school, they are all sitting at home now.

Retrospectively, looking at the history of the school and its product, NMS should rather be strengthened rather than weakened, it should be celebrated as a success story for the caliber of men it has produced since its creation in 1954 by the queen of England. Today the current Senate president, Senator David Mark is a product of the Nigerian Military School Zaria; 6 others have also served or are still serving in the same distinguished hallowed chamber and not to mentioned the many generals it has produced; the present Military adviser to the Secretary general of the United Nations went through that same institution just like the current minister of police affairs.

This is not to mention other distinguished professionals it has produced that are making Nigeria proud home and abroad. We view the army`s decision as an affront to the blessed memory of the national heroes NMS has produced in men like, the late Gen. Idiagbon, Late Gen. AK Adisa, Gen Joe Garba, and the many other retired and serving generals too numerous to mention who have spilled their blood in defense of this country.

We the ex-boys of the Nigerian military school Zaria and as concerned patriotic citizens of this country are of the collective opinion that this decision is ill-advised, counterproductive, and definitely not in the best interest of the armed forces of Nigeria and consequently, not in the best interest of Nigeria as a country. It is a total and fatal deviation from the much preached about transformation agenda of this administration.

Extract of Wikileaks cable on Child Soldiering in Nigeria

PLEASE VERIFY THE AGES FOR VOLUNTARY RECRUITMENT AND CONSCRIPTION INTO MILITARY SERVICE: Age of 18 or older. Nigeria does not conscript.

HOW DOES THE GOVERNMENT VERIFY THE AGES OF RECRUITS?

Local identification records and identity cards.
ARE YOU AWARE OF ANY CREDIBLE REPORTS THAT CHILDREN UNDER THE AGES OF 18 ARE IN THE MILITARY? No. The Nigerian military is a volunteer force and has no recruitment problems which would lead to a need for child-soldiers.

IF CHILDREN UNDER 18 ARE PERMITTED TO VOLUNTEER FOR MILITARY SERVICE, ARE THESE RECRUITS REQUIRED TO SERVE IN COMBAT ACTIVITIES BEFORE THE AGE OF 18?

Children under 18 years of age are not permitted to volunteer for military service.