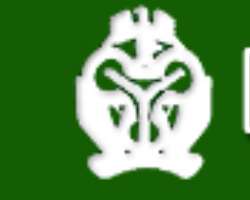 Central Bank of Nigeria CBN said weekend that it will sell dollars both directly into the market and at auctions, while it lifted the amount of dollars banks' can hold in reserve, in a continued effort to stabilise the naira.

The  apex bank said it would raise the foreign exchange net open position limit banks can hold to 3 per cent from the previous 1 per cent of shareholders' funds from today, less than two weeks after it had slashed limits to help protect the naira.

Net open position is the amount of dollars banks can hold relative to their shareholders' funds. The central bank lowered it to 1 per cent from 5 per cent on October 10 to free up dollar supply to the inter-bank market but traders complained the market was almost brought to a halt by the decision.

The move had curbed lenders ability to hold dollar reserves to meet customer needs, leading to volatile trading at the foreign exchange market. Some analysts said position limits at 1 percent could have negatively weighed on banks' revenues.

The central bank also said it will sell dollars directly into the inter-bank market and continue providing greenback at its official twice weekly auctions. It provides dollar liquidity to meet high demand and help support the naira. 'In the continuing effort to sustain stability in the foreign exchange market, the Central Bank of Nigeria shall from time to time intervene in the inter-bank market. This is in addition to (auctions),' it said in a letter to banks.

The naira hit an all-time low against the dollar prior to an emergency central bank meeting last week as worsening global economic conditions curbed risk appetite and dollar demand from importers and speculators increased the volatile in thin trade this week.

The local currency was trading at N159.30 to the dollar in the inter-bank market on Friday, weaker than N154.60 on Thursday but firmer than the record low of N167.80.

The central bank raised interest rates by N2.75 per cent to 12 per cent and implemented several other tightening measures to help protect the local currency at its emergency meeting on October 10. It has also been selling dollars at auction and directly into the market.

It offered to sell $200 million to some lenders in a special foreign exchange intervention on Tuesday but later retracted the sale. Dealers said the regulator sold $103.28 million at a cut-off rate of 150 naira to the dollar at an intervention on Thursday, helping to provide some liquidity in the market, which helped the naira to recover.

Traders said the central bank's latest interventions could help narrow the wide margin between official and inter-bank trading rates and reduce the volatility in the market.