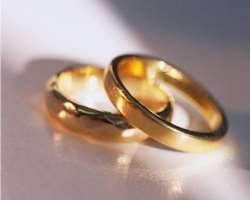 It includes activities such as dating where couple go out together for dinner, movie, dance parties, picnic, shopping or general “hanging out”, along other activities.

With all these activities in place, the question today is whether lengthy period of courtship guarantees a successful marriage? As usual Bridget Amaraegbu has all the answers. Read on:

I think it is wrong for people to court for a short period as it may imply that the people involved are in a rush. This may lead to certain arguments in the future because they didn't take time to study themselves.

But courting for a long period does not also mean that the marriage will eventually be successful because we have actually seen people who courted for several years get divorced. Long period of courtship also has its advantages and disadvantages. One of those disadvantages include not having much respect for each other (in pidgin English, you can say it is see finish) because it gives the people involved the opportunity of knowing each other in and out. That is when you'll find out that there is nothing any of them can tell each other anymore that will sound new.

Sometimes too, long period of courtship has been responsible for a lot of break ups in relationships. What can you say about a situation where people court for seven years only for one party to discover that they're no longer compatible and that becomes the end of the relationship. You know, I call that madness. Why did it have to take them so long to realise they're not compatible. For Christ sake, it doesn't have to take a decade before you can know that he or she is not good enough for you. Even three months is enough for you to start seeing symptoms of a bad relationship if you're very observant. At that point you should have defined what you really want and if it's not there, back out at that point instead of wasting several years in a relationship that won't work out in the name of courtship.

Some people have made several mistakes of marrying the wrong persons because even while they were courting, they saw some of those symptoms that indicates the marriage won't work but they just thought it will get better. But I tell you that there are certain characters people have that can't change. That is why you still see people who court for so long break up after sometime.

Both those who courted for short and long period experience break ups so the solution is not with how long. Instead invite God to open your eyes to the right person he created for you because if you refuse to invite him, you'll have problems.
The only advantage with long courtship is that it helps you know your partner better than you would in a shorter period.

Also remember that people pretend so you may only find out those qualities the person wants you to know in some cases no matter how long. I know that some people will want to refer us back to our forefathers who didn't know what it meant to court a woman and yet they didn't experience divorce. My sister such actions lead to a lot of polygamy, disunity and things like that and I don't blame them at all. What else do you expect of a marriage where the parties involved never got to be friends not to talk of courting each other. Days have gone when such actions were applicable. Today it's most appropriate for a man and woman who intends leaving together till death do them part to really get to know themselves well.

That is not to say that there's any particular formula to a successful marriage. What worked smoothly in the house of Mr A may not work for Mr B so don't compare any two relationships together.

I think I still prefer the long period of courtship despite the fact that it's very possible for people to hide their bad character for a long time. I know very well that if you have to court someone for a short period, there are certain things you may not find out about that person. But with time, you'll get to discover those things that he or she has been hiding. It's even possible for the person to portray such character unconsciously not even taking cognisance of your presence when both of you are very close. By this time you should be able to capture certain about that person that you're likely to cope with and those you can't so I think that long courtship will go along way to guarantee success in marriage.

I don't think it's wise for any courtship to last for too long or too short. The most important thing here is that you take time to know whom you want to spend the rest of your life with. If you think it must have a specific period, then two years may not even be enough. The major thing most people fail to realise is that it's only God that can direct you to the right man or woman. Therefore it's important that you invite him into that courtship because he has the final say.

If you ask me how long people can court, I'll say six months to one year is alright after which the relationship becomes suspicious so I don't think the length of courtship can determine a successful marriage.

The length of courtship is not where the issue lies because many times we have seen people who courted for several years still divorce after all. And amazingly some others who courted for short term live successfully. I think the most important thing is just for you to let God direct you and nothing more because if you to rely on your personal analysis , you may get it all wrong and at the end you still have to suffer break up.

My dear, whether the period of courtship is long or short doesn't matter. The fact remains that there is no guarantee to a successful marriage, unless God gives it to you. It's possible for you to have known someone for several years without really knowing that person, people live in so much pretense. Over the years, research has shown that people can hide some ugly characters in them which they don't want you to know about. So no matter how long you court such person, you'll only get to see those ugly things after both of you are married. The fact that you've courted for a long time doesn't mean you've known him or her in and out.

If am allowed to choose from long and short term courtship, I'll still prefer it a bit long because it gives you the opportunity to know your partner very well. Atleast it'll give both of us the benefit of doubt that you've known each others families. Within this period, if any of us finds anything about ourselves that we may not be able to cope with, it'll be better for us to forgo the relationship than get married and begin to have problems because of an issue that could have been avoided long time ago. Marriage is not a sympathetic institution so make sure you go into one that you must enjoy.