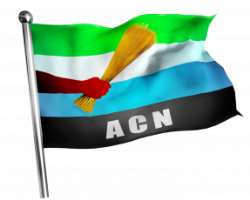 The national secretariats of Nigeria Union of Journalists (NUJ), and the Action Congress of Nigeria (ACN) have condemned the gruesome murder of Zakariya Isa, a reporter with the Nigeria Television Authourity (NTA).

National President of the NUJ, Malam Mohammed Garba, who gave the union's position in Abuja yesterday, also raised the alarm over the security of journalists and the rising wave of insecurity in the country.

Garba said that the latest killing has once again exposed the level of insecurity in the country and brings to question the Federal Government's initiative in resolving the security challenge not only in Borno State, but the entire country.

'The NUJ is very worried about the state of insecurity in the country. The killing of our colleague, Zakariya Isa, by gunmen who are yet to be identified is worrisome, given that the journalists speak for the people and how do you expect any journalist to operate successfully in an atmosphere of fear and insecurity?' Garba asked.

He regretted that since 1986 when journalists have become the object of murder, the government has done very little in addressing the menace by apprehending those behind the killings, stressing that it was time government addresses the issue of journalists' killing and other murders with all the seriousness it deserves.

'Since 1986, when Dele Giwa and other journalists were killed in subsequent years, the security agencies have failed to identify, arrest and prosecute the perpetrators of these acts. This trend cannot be allowed to continue. The NUJ is calling on all security agencies to fish out those who are behind these acts if the interest of justice is to be served.' While commiserating with the Director-General of the NTA and the family of the deceased, he called on journalists to subscribe to the union's insurance scheme, noting that the profession was fraught with uncertainties.

He also enjoined journalists to be security-conscious wherever they might find themselves so as not to become victims in the discharge of their professional calling. On its part, the ACN said: ''If it is true, as it had been widely reported, that Boko Haram killed Isa, then it is a clear indication that things are really getting out of hand as far as this Boko Haram crisis is concerned.''

The party reacted to the killing in a statement issued on Sunday in Lagos by its National Publicity Secretary, Alhaji Lai Mohammed.'Again, we call on the Federal Government to shake off its lethargy and act fast to find a solution to the crisis. With the government seemingly clueless as to how to tackle the crisis, we will like to reiterate our earlier call for the convening of a stakeholders' conference to help find a solution,'' ACN said.

The party also repeated its earlier statement that the use of force cannot end the Boko Haram crisis, saying there must be an engagement of sorts and it must happen as soon as possible to prevent more innocent lives being lost to gun attacks and bombings. ACN said that while the details of Isa's reported killings are still sketchy, the party is gravely worried that the journalist may have been targeted purely because of his professional duties.

'We are particularly concerned because a spokesman for Boko Haram, Abu Darma, was quoted in a newspaper as warning last month that the sect would attack journalists if they continue to 'misrepresent' it,'' the party said. ''We wonder what the sect considers a 'misrepresentation', and hope Isa's killing is not a manifestation of the sect's threat.''

It urged Boko Haram to end the senseless attacks on innocent citizens and find a non-violent way to channel its grievances, whatever they may be.