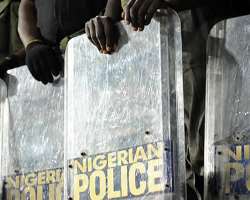 The nation currently has a Police Force with no specialized training in professional psychological services nor does it have a system for trauma therapy and grief counseling /psychological outfit for grieving families.

The recent revelation that four hundred police officers lost their lives in the line of duty last year, within the Federal Capital Territory, Abuja tells us that more and more trauma deaths of officers remain rampant across all of the states.

On a physical level, the nation lacks a system of life insurance policies for close family members and survivors. There is no Police Health Plan with a package for trauma therapy for families of deceased officers. The traumatically injured officers lack a system-based insurance or long term financial plans to cover their hospital bills and other basic needs. The reported N500,000 presented to survivors is a one-time deal that families of the dead get, and at best such collected benefit brings a one second aid to the grieving family. Especially, when they could be grief-stricken, depressed, anxious, guilty and angry over the traumatic death of a loved one.

They might be encountering emotional reactions as in flashbacks, nightmares, and undergoing experiences of emotions and physical sensations of fear, sweating, smells, sounds, and pain which could be long term. Traumatic deaths like officers death in the line of duty could result into numbing, being 'on guard, hyper- vigilante, jumpy, insomnia, irritability, and other symptoms like muscle aches, irregular heartbeats, headaches and feelings of panic.

As such other negative coping behaviors could follow as in drinking too much alcohol, using drugs (including painkillers), and smoking cigarette. All these symptoms could fold into a problem called Post-traumatic Stress Disorder – when they go on for too long.

The Police Force lacks a system of death and grief studies, and ‘Family Orientation to Police Life’ which could further make the experience of premature death more shocking to families.

Given the fact that premature police deaths are statistically higher overall compare to many professions, the federal ministry of police affairs should institute a therapeutic system for many grieving families seeking comfort and closure.

The ultimate sacrifice for these surviving families is the murder of their police officers’ husbands , fathers and sons and daughters. Certainly, there will be police officers killed in the line of duty, as such, the use of psychological resources to attain stability and a support system to help the family cope becomes very vital. A line-of-duty psychological treatment for grieving families, peers and colleagues is more meaningful when the kind of benefits collected by a spouse or family is highly sustaining as these post-duty death benefits affects the length and intensity of the whole grieving period.

It is time that the Nigeria Police Force have individual and group counseling and other related services which should be provided at various commands or locations by trained grief response teams across homes and schools. There is need to begin a telephone program where families and peers of the dead leave information in regards to counseling assistance or other needs.

The Nigeria Psychological Association with all of its human resources and assets are ready to assist when called upon by the leadership and the presidency since psychology has stayed neglected for far too long in many of these national affairs.