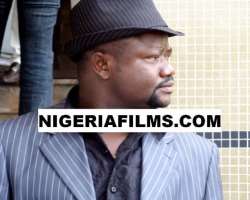 Lancelot Oduwa Imasuen, is set to receive and give out more honours and laurels.

“My brother, I'm overwhelmed by this gesture from City People and really humbled too. It is going to be three events rolled into one on the D-day. Aside the honour from City People, I will also be having the official release party as well as announcing the worldwide release date for Ebuwa with a lot of fanfare and razzmatazz, immediately after the City People event. On that day also, I will be personally presenting special awards called the Arts Support Heritage Awards (ASHA), to some specially selected individuals that have hugely supported Ebuwa and I over the years, home and abroad. We would also give out classy souvenirs at the event. Like we all know, Ebuwa is a film on human trafficking and prostitution, it has also been endorsed by NAPTIP”, he disclosed.

Speaking further, Imasuen, with over 200 films to his credit, posited that the Ebuwa tour, which spanned over three months, was very successful and has further propagated the ideals of Nollywood to the rest of the world.

Meanwhile, as a filmmaker with bias for topical and contemporary stories and issues, Imasuen, would soon be hitting locations for a movie on Breast Cancer, in collaboration with the publishers of Genevieve magazine. The big budget project, expected to be completed this year, according to Imasuen, would be used as an awareness/advocacy tool, to further help fight the scourge of the disease that is ravaging women, in Nigeria.

Aside being interviewed on CNN, the passionate filmmaker also disclosed that as a true ambassador of Nollywood, he had equally been invited to some of the leading international media organizations like: BBC, Chinese Radio, CBC, the America Market Place and several others, to further discuss the Nollywood phenomenon. “If truth must be told, Nollywood has been accepted globally and that is a very big plus for Nigeria. It is one aspect of us that is very positive and I have always insisted that we must guard it jealously. It is high time our government embraces it fully, even those in the private sector. Again, our dream of winning an Oscar must come through our language movies, because we have plenty indigenous stories to tell the world”. He also spoke on the forthcoming Nollywood North American film festival, which he initiated, during his recent trip to Canada. He argued that the festival, which holds in September 2009, would further reposition and
help put Nollywood on the global map of leading filmmaking nations. “ Both the public and private sectors should proudly support this festival”.