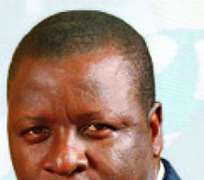 In the beginning
In the Nigerian Constitution, there are only 774 recognised Local governments with Lagos State having 20 out of the lot. But piqued by the lopsidedness in the number of the council areas allocated Lagos State to some states, the administration of former Lagos State governor, Bola Tinubu created 37 additional council areas to bring the number to 57.

Example cited was of Kano State, which has almost the same population with Lagos State but has 44 Local Governments as against Lagos with 20. Relying on some relevant sections of the same constitution that places the administration of Local Governments directly under the state government, the state went ahead to carry out the exercise following all the laid down procedures towards the realisation of the objective.

The exercise generated a lot of furore that led to a protracted legal battle between the state and the Federal Government of the then President, Olusegun Obasanjo who withheld the allocation due for Lagos State councils.

Though the state won, the National Assembly refused to carry out the required constitution review to accommodate the new Lagos councils. It was against this background that the State House of Assembly embarked on some legislative activities that led to the rechristening of the new council areas. Lagos now has 20 Local Governments and 37 Local Council Development Areas (LCDA).

Even with the legal victory, former President Obasanjo still refused to release the seized funds. Interestingly however, the late President Umaru Musa Yar'Adua, released the funds when he became President in May, 2007. The rest is now history.

2008 LG polls
In 2008, when the state wanted to conduct the first election into the controversial council areas, the major opposition party, the Peoples Democratic Party (PDP), boycotted the election, describing it as illegal and unconstitutional. It was not a surprise as the party was expected to toe the line of the PDP controlled federal government. But emboldened by the Supreme Courts judgement that provided acceptance for the arrangement, the then Action Congress (AC) went ahead, and had a smooth sail controlling all the 57 council areas.

2011 election
However, this year's election is to be contested by about 28 political parties including the PDP. At a stakeholders' parley recently, the Lagos State Independent Electoral Commission (LASIEC) said 'we have cleared 28 political parties for the October 22, 2011 local government election in the state.'

The chairman of the Commission, Justice Abdul Fatai Adeyinka disclosed this while speaking at a zonal stakeholders meeting organized by the commission in Lagos West senatorial district.

Preparations
As the election is now around the corner, a Commissioner with the LASIEC and the Commission's Chairman of Operations and Logistics Committee for the Local Government elections, Musbau Oyefeso has assured that the commission is ready for the exercise.

'I can tell you we have over 20,000 ballot boxes and 9,645 polling units in Lagos State. And so, if we have to issue two ballot boxes per polling unit, we will still have surplus as we will require only 18, 000 boxes since we have 20,000 boxes,' he disclosed in an interview with Daily Sun in his office.

He confessed that voters' apathy, and nothing else has remained the Commission's only fear, advising that 'any aggrieved political class or political parties should bury the hatchet and join other patriots in the coming council election.' He hoped the political parties would rise up to their duties of massively mobilising the populace so that the election can have credibility with huge turnout.

'They should ensure we join hands together to ensure credible election that would be acceptable to the entire electorate in the state,' Oyefeso pleaded, reminding that 'it is through this that we can together strengthen democracy and bring about good governance in the entire country.'

Protests
Protests greeted parts of the processes towards the real election recently. The PDP believes that LASIEC, if not reconstituted to accommodate members of the opposition, would be biased against the opposition parties in the state. The PDP , one of the 28 political parties participating in the election has alleged that the electoral body was biased in favour of the ruling Action Congress of Nigeria (ACN), in the state.

The state Publicity Secretary of the party, Mr. Taofik Gani told journalists in Ikeja, that his party was aware of a grand plan by LASIEC to manipulate the election in favour of the ACN. 'We have always known that there was not going to be a free and fair election,' he complained, assuring however that 'my party is not backing out as we will participate in the election.' Also, the All Nigeria Peoples Party (ANPP), is protesting the ACN intrigues in confusing the populace that it has fused into the ACN.

However, Lagos chapter of the ACN has described the protests as 'part of ingredients that nurture democracy.'

The state Publicity Secretary of the party, Joe Igbokwe, who spoke with Daily Sun reminded that 'in democracy, people are bound to re-align forces and disagree to agree on a common front.'

According to him, the protests were part of ways to let off steam generated by the hot contest for the seats 'since a lot of people want to serve the masses on the platform of our great party that is known for service delivery.'

He however assured that 'the fundamental rights being exercised by people will not in any way disrupt the coming Local Government election in the state,' adding that ACN would clear all the 57 available seats across the state.

It is against this backdrop that Governor Babatunde Raji Fashola and his predecessor, Asiwaju Bola Tinubu has cautioned members of the Action Congress of Nigeria (ACN), against complacency in the coming council election warning that 'such could be dangerous as no opposition is to be underrated.'

The duo sounded a note of warning at various campaign rallies where they said that 'the importance of Local Government in the life of the grassroots level can never be over emphasized.' They therefore appealed to the party's teeming supporters to bury their grievances and come out en masse on October 22, to vote all the ACN candidates across the whole 57 councils in the state.

Campaign tricks
It is surprising that besides the ruling ACN in the state, not much is being heard from other political parties that have signified their intentions to partake in the election giving the impressions that they are not confident to win.

However, the major blackmail the ACN is deploring against the PDP is the latter's opposition to the creation of the 37 LCDAs. At every opportunity, both Tinubu, Fashola as well as the state chairman of the party, Henry Ajomole, will tell the audience not to allow the PDP to reap where they did not sow. On the part of the contestants, some of them have introduced novel strategies to mobilise voters with a view to gaining upper hands in the exercise.

A few examples will suffice to buttress this observation.

Some of the strategies in vogue now included sponsoring local ayo game, draft game as well as Ludo game and football competitions among the youths by various supporters of the contestants to mobilise them (youth) to vote for their (sponsors') candidates. Parts of the tricks also is showcasing their spectacular projects named after their political mentors to curry their favours.

In Ejigbo Local Council Development Area (LCDA) for instance, a socio-political pressure group, Legacy, last weekend mobilised over 1000 youths to participate in Local Ayo game competition in support of the second term bid of the council's chairman, Mr. Kehinde Bamigbetan. Earlier, different women groups, artisans, student organisations and members of Non Governmental Organisations have stormed the secretariat of the Action Congress of Nigeria to thank the leadership of the party for endorsing the second term bid of Bamigbetan.

In his house-to-house campaigns, Bamigbetan never fails to showcase his achievement in office in his first term which included modern abattoirs, new health centres, new schools, free meal for pupils, public toilets, construction of roads, free uniform and empowerment programmes endear him to the populace. Not left out is the Chairman of Yaba LCDA, Abdur-Rahaman Jide Jimoh popularly called 'JJ' by his supporters and admirers. Immediately he assumed office three years ago, he sanitised the riotous Yaba park and erected an insignia that depicts the trademark -cap and pair of glasses- of the former Lagos state governor, Bola Ahmed Tinubu to commemorate his (Tinubu's) 57th birthday.

This was applauded by the resident and Tinubu himself was delighted at the innovation of Jide Jimoh. Not long after that, he also constructed a Floating Clinic on water for the riverine people of Makoko. Governor Babatunde Fashola (SAN) was so impressed by the novel scheme so much that he praised the LCDA boss for a job well done, while describing the project as complementing the state government's healthcare delivery agenda.

He also named various other projects after Tinubu's mother and his wife, Alhaja Abibatu Mogaji and Senator Oluremi Tinubu respectively.

Following Jimoh's footsteps was the Chairman of Mosan-Okunola LCDA, Abdul-r-Rasheed Abiodun Mafe, who proved his critics wrong with a world class Medical Centre named after the Osun State Governor, Ogbeni Rauf Aregbesola. Fashola himself admitted that the two-storeyed Medical Centre was too much for the council to maintain and operate assuring that 'the state will take 75 percent responsibility of the centre to leave only 25 percent responsibility to the council.'

The council chairman, Abdur-rasheed Abiodun Mafe boasted that 'the Aregbesola Medical Centre being commissioned today can be ranked as one of the best going by the standard of state of the art equipment provided and services it will render to the people.'

According to him, the centre would place high premium on health care for pregnant women, their children and the aged adding that 'the unrivalled vision, dogged commitment for capacity building, training and re-training of staff in the health care sector are ingredients any government needs put in place to actualise the United Nations Millennium Development Goals (MDGs).' Mafe reasoned further that with the commissioning of the centre, 'the issue of untimely death and chronic diseases will be reduced to the barest minimum because they would have been detected at the initial stage and treated promptly.'

He therefore urged the people to avail themselves of the opportunity the centre offered them. As if not to be shoved aside, the Orile-Agege LCDA Chairman, Taofeeq Abiodun Adaranijo also attempted to silence critics by commissioning an ultra modern Secretariat named after Tinubu and another Health Centre named after Cardinal James Omolaja Odunbaku (JP).

While declaring the Secretariat open, former governor of Lagos State, Bola Tinubu, whom the edifice was named after thanked the chairman for spreading the dividends of democracy to the grassroots level. According to him, Adaranijo's performance has vindicated his (Tinubu's) administration's efforts at creating the 37 additional council areas in the state, saying 'you have made us proud by showing the people that creation of this LCDA is for the benefits of the grassroots people.'

Otto-Awori LCDA boss, Bolaji Kayode Robert has also been using the 4-story Secretarial with elevator, which he claimed to be first of its kind in Lagos state as a campaign trick.

The D-Day
Although, the gimmick worked as some of them gained second term tickets, only tommorrow can decide whether the electorate are satisfied with their performances or not as there is apprehension in the air that some aggrieved people of the state are bracing up to pull a fast one on those candidates that are seen as being imposed on them.