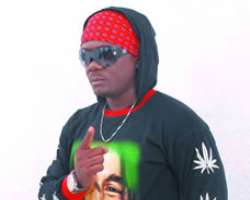 He is one of the prominent faces of English genre of Nollywood. All of a sudden, he started appearing in Yoruba movies and almost overtaking some established stars. But there was a twist to it as some people started saying that he switched over to the Yoruba genre because he lost out in the English genre.

However, his subsequent appearances in some English movies put paid to the rumour. So, what could have led Kelvin Ikeduba to the 'undervalued' Yoruba genre of Nollywood?
'To me, I believe that there is nothing like Yoruba artists or English actors. An actor is an actor; the only difference is the language barrier. I don't think that it is bad for any English actor to do a Yoruba film, provided he or she understands the language.

There is already a move now to unite all the actors and actresses in the Nigerian film industry under one umbrella. I think this kind of organization should have been invented a long time before now, with the main aim of uniting actors and actress, irrespective of their language, tribes, qualification, background and all that. In America and South Africa, they have such group. It is just natural now that people are waking up to the reality.'

He went ahead to deny the fact that it was because he wasn't getting roles that he strolled into the Yoruba genre: 'I don't know how other people get their jobs. But as for me, I don't do Yoruba films because I am broke. I even get more English movies than Yoruba. So, it has nothing to do with being broke'.

Confirming what most people know, Kelvin says Yoruba movies have stronger story lines than English.
'The truth of the matter is that the Yoruba pioneered the theatre industry. You can't take it away from them, the Yoruba are more deep-rooted. In terms of story, the Yoruba have the originality of stories, but that doesn't mean that the English movies don't have stories and that does not mean too that it is all Yoruba films that are meaningful. Some are, in fact, too watery. There are some English movies that are watery too. So it is vice-versa. But to be sincere, the Yoruba have the originality in stories, because I believe it has to do with their tradition'.

On his growing up, Kelvin says he grew up a complete Nigerian as a result of his constant move around. 'I am from Delta State; I grew up in a family of four, two boys, two girls. I live here in Lagos. I had my primary education in Lagos and my secondary education in Delta. I went to the University of Benin. So I've moved around. I am diversified and I am a blend of some many tribes'.

Kelvin started his acting career in 2000 and has remained a force to be reckoned with in his own way. He believes Nollywood is a stepping-stone to his ultimate dream, which is Hollywood. So, his acting in Yoruba movies is all in a bid to achieve his main goal. 'Nollywood is just a stepping-stone for me to Hollywood. But I can't go to Hollywood without Nollywood. Basically, I will agree that they pay more in the English genre than in the Yoruba. But even in English that they pay more, I am not after the money, I am after where I am going. I just want to be recognized for the love of acting. God has always been there for me, so I have always been using the talent He gave me.'

Now that we all know why Mr Ikeduba has been a regular face in Yoruba genre, we will bury our insinuation and join our faith with him that one day, he will end up in Hollywood.