NIGERIANS AND THE BLIND IMITATION OF WESTERN CULTURE AND VALUES 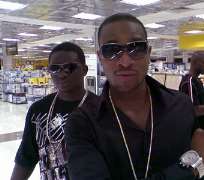 There are others, but three subject matters that habitually becomes part of the public discourse are religion, ethnicity, and culture. Religion, like ethnicity, can be very sensitive. As an atheist, and as someone to whom ethnicity is inconsequential, I shall vacate both subjects and instead dwell on culture. Let me say, here and now, that ethnicity onto itself is good. It only becomes poisonous and insidious when elites or groups of individuals, manipulates it. Insofar as religion goes, it seems everyone around me is a born-again of some sort: declaration of religious or spiritual belief, of piousness, and of closeness to Jesus Christ and to God, seems like the litmus test to their humanity.

One of the most exciting things about culture is that it is dynamic. It evolves. It transmutes. It is what meshes a society and gives it meaning. But above all else, it helps society transmit memory from one generation to another; it is the vehicle through which we study the past, absorb the present, and glean the future. In terms of definition, the concept is expansive, hence, one mean it here to specify a “belief and behavioral system and patterns, shared attitudes and values that are central to a people or groups of people.”

And especially for those who conduct their daily lives in agrarian societies like Nigerian, culture -- the Nigerian culture -- seems embedded in their everyday lives and vocabulary. For instance, most Nigerians, as I have come to observe, make frequent reference to culture. In other words, other than the obsessive reference to God, to Jesus, or to money, Nigerians tend to invoke culture a lot.

In spite of my earlier attempt at providing a definition, we all seem to know what we or others mean when “culture” is mentioned. Assuming this assumption is true, I wonder why we seem not to be vigorously promoting our culture and cultural heritage; why we seem to condemn or shun it; and why we seem to imitate -- in a wholesale manner -- the western culture. Yes, it is true that all living cultures anywhere in the world have a way of affecting other cultures; but must Nigerians neglect theirs? What seem true of the typical Nigerian seems true of the typical African: they neglect theirs, while embracing others.

All we seem to have done, or seems to be doing, is to copy and imitate the west, especially the United States and Britain. Like parrots, we imitate without understanding why the west acts and or live their lives in certain ways. We imitate ideas, social scripts, fashion, and arts and culture so much so we are steadily becoming a shell of our former selves. Who are we? What does it mean to be a Nigerian or African? No one seems to know anymore as our humanity and our essence and our way of life seems to be eroding at a rapid pace. I am all for change, but change must be meaningful, beneficial, and enriching.

Not too long ago, I had the privilege of watching/listening to an instructive and intelligently produced documentary, “ORIKI," by Femi Odugbemi. It is done in four parts. You don’t find too many of such intellectual accomplishments that centers on the African/Yoruba culture. And you need not be a Yoruba, or one who understands the language, to truly appreciate Mr. Odugbemi’s work. You come away with many lessons; but one of such lessons is that some Africans are now becoming effective tools with which the African culture is being supplanted and deracinated.

There are those who strenuously condemn the Traditional African Religion (TAR) and culture. And they do so in all ignorance, forgetting that long before Islam and Christianity came along, the Africans have been religiously and spiritually faithful. Especially amongst the Yoruba, it is not uncommon to see individuals or groups of persons, forsake their family/surnames simply because such names have roots in TAR: Fadeyi, Ifagbemi, Fajebe, Fajemirokun, Falola, Osanyingbemi, Ifabumuyi, Fadahunsi, Fafunwa, Fadeinde, Fadipe, etc. This ungodly phenomenon seems to have begun in the 1980’s when the Pentecostal sect became the rave and the craze in Nigeria.

The irony is that none of the major religions of the world -- Confucianism, Taoism, Islam, Judaism, Buddhism, Christianity, Hinduism, and TAR -- teaches one to forsake his or her cultural heritage. But somehow, adherent of Pentecostalism in Nigerian have taken it upon themselves to exorcise those values, ideals, beliefs and phenomenon that are truly African. To be African is to be backward and untouched by the wind of westernization and modernity. Yet, thousands of years before the west or the east, Africa was the canter of the universe, the beginning of mankind, and the source for all living things. Today Africans are relegated to the backwater of humanity.

Now, it is possible that my observations are wholly incorrect or slightly skewed. Even so, I am taking the liberty to make public just a few of the things I have observed as I traversed Nigeria. First, in virtually all Nigerian movies -- the Nollywood movies -- you, for the most part, hear men and women who speak in convoluted voices: accents that are not Nigerian nor American, British, or of any decent society. Whose culture or accent are they trying to imitate? You have actors and actresses, most of who have never been outside of the Nigerian border, act and speak as though they are from the prehistoric era.

When did it become fashionable to imitate frivolity or silliness? The Nollywood characters are not alone in this regard. You also have the television and radio newscasters, the radio disc jockey (DJ), announcers at the airport, and many others who seem to speak through their noses. Perhaps, by so speaking, the everyday Nigerian and listeners might think they are special, unique. What do you suppose the American, the Canadian and the British audience would think, if their newscasters and public service announcers started sounding like Mauritanians, Senegalese, or Ugandans?

Third, you now have women – very many women – who wear wigs, clip-on hairs, fake nails, fake eyelashes, and stenciled eyebrows. You see a forty, fifty or fifty-plus year old women with shinny and slick synthetic hairs. Where are the natural hairs? Where have the grey hairs gone? There is something beautiful, radiant and sophisticated about women who look their age. At the extreme are women with breast implants and or silicone buttocks. Not to be outdone, old and older men are now coloring their grey hairs, too.

We now see fifty-plus year old men pathetically struggling to hide their true age. Men and women now struggle to cover what they should otherwise be celebrating. What’s next? Cheek and lip implants, liposuctions, nipple, clitoris and scrotum piercing? Everything African is bad; but everything western -- no matter how horrific -- is both good and elegant. Oh well, with time, Africans would imitate the aforelisted and many other procedures, too.

Fifth, in the near future, old-peoples-home (nursing homes) may become the norm in Nigeria (as opposed to children taking care of their aged parents). The West is replete with such holding-cells. But before you know it, Nigerians will begin to think these gallows are godly and necessary and practical, and would start dumping their mothers and fathers and aunts and uncles there. We may dump them there and then send cards and flowers every so often.

Oh heavens, have you seen some of those fashion shows that are organized in Lagos or Abuja? Models, at the Runway or catwalk, dressed like extraterrestrial beings. At parties, and at other social functions, you see men and women dressed in ways that offends decency, commonsense and good sense. Not to be outdone, some university students dress as if they work for brothels in Las Vegas. And finally, respect for elders and the elderly is slowly eroding. In Lagos or in western Nigeria for instance, when was the last time you saw a young man prostrate for an elder; or a young woman knelt for the grownups? Today, it is mostly “hi” and “hello” and “how you doin” with heads grudgingly bowed, if at all.

Certain aspects of the western culture are good and may be copied. Also, certain aspects of the African/Nigerian culture can be limiting and oppressive. Nevertheless, it is shocking to see some Africans abandon, in whole scale, their Africanness. This rejection manifests itself in ways that are disgraceful, embarrassing and appalling.

Sabella Ogbobode Abidde lives in Montgomery, Alabama. He can be reached at: [email protected]