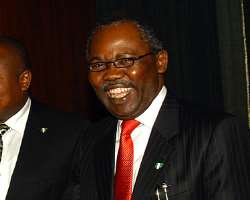 Vexed by the general situation of unprecedented anarchy and impunity in the country, the HUMAN Rights Writers’ Association of Nigeria Commissioned a lawyer to undertake a study of the mass killings in Jos and compile a report which the group will forward to the international criminal court (ICC) in the Hague, Netherlands to compel the federal government to bring perpetrators of these dastardly acts to effective trial before the competent court of law. Even as the legal consultant was doing the tedious intellectual work, I have also tried the best way I can to reach out to the current federal administration to find out what it is actually doing to ensure that impunity does not become institutionalized.

The first person to visit and interact with is the federal Attorney General and minister of Justice Mr. Mohammed Bello Adoke, a Senior Advocate of Nigeria. My real reason for seeking audience with the key stakeholders in the nation’s judicial sector is because the group that I work for believes in Constructive dialogue as the best way to attain the noble goal of transforming Nigeria to become a better society.

At the last count, the President of the Nigerian Bar Association, Joe Daudu, [SAN] has been reported in the media to have alleged that judgments from the nation’s Courts are now purchased by rich litigants. If the leadership of the private bar in Nigeria can make such weighty allegation against the judges of the Courts across the country, how much more will ordinary Nigerians view the nation’s judiciary?

President Jonathan who has come under intense attack by the vocal segment of the opposition for undermining judicial independence because of his ‘suspicious’ role in the suspension of the President of the Court of Appeal Justice Ayo Salami, has also tasked the hierarchy of the judiciary to immediately reform the sector so that the faith of Nigerians in the judiciary would be restored.

At the swearing in of the current Chief Justice of Nigeria, President Jonathan told Justice Dahiru Musdapher pointblank that Nigerians expect him to take action to repair the damaged public image of the Judiciary.

Musdapher took over from retired Justice Aloysius Katsina-Alu who entered the history book as the Chief Justice of Nigeria whose short tenure was trailed by controversial allegations of official indiscretion and bribery. Justice Katsina-Alu, the now retired Chief Justice of Nigeria whose altercation with the suspended Justice Ayo Salami precipitated the ongoing crisis, has however denied these allegations.

Before informing you my dear readers of what Mr. Mohammed Bello Adoke told me that his office has done to re-position the ministry of Justice towards transforming the justice sector, let me state here that concerned legal scholars have also offered their views on how best to reform the judiciary.

A professor of law, Itse Sagay has identified the reason behind the crisis rocking the judiciary and why members of the National Judicial Council removed the former President of Court of Appeal, Justice Ayo Salami.

Sagay, a senior Advocate of Nigeria, and the guest lecturer at a recent Stakeholders Summit in Lagos with the theme, ‘Repositioning the Administration of Justice System, Bar and Bench’, identified the excessive power of the Chief Justice of Nigeria as a key factor in the crisis.

He said, “The grave crisis presently rocking the judicial system because of the reckless determination of the National Judicial Council to get Hon. Justice Salami out of the president’s office in the Court of Appeal is a function of two factors”.

“Such factors are the excessive powers granted the Chief Justice of Nigeria under item one of the 3rd Schedules of the constitution, and the in-breeding at the top hierarchy of the judiciary”.

“On the first issue, out of the 23 members of the council, apart from himself (the CJN), he is responsible for the appointment of 14”.

Sagay argued that given the CJN’s significant power of appointing members of the NJC, it would be difficult for the council to be objective in any matter involving him.

Sagay said, “Regarding the composition of the Supreme Court and Court of Appeal, the in-breeding has resulted in unhealthy law and practices, which are bringing the judiciary down. Presently, we can know in advance who the next six Chief Justices will be.

Another guest lecturer at the event, a former Lagos State Attorney-General and Commissioner for Justice, Hairat Ade-Balogun, called on judges and lawyers to embrace the use of Information Technology to enhance the speedy administration justice. She advocated for fiscal independence for the judiciary and admonished greater interaction with the media.

Mr. Adoke was brutally frank in presenting to me the fact that the Constitution and indeed the yearnings of ordinary Nigerians compel his office to develop a system of justice which is in keeping with democratic principles and respect for human rights.

His words; “On assumption of duty, I directed the review of all existing initiatives and studies on the reform of the justice sector. The review led us to conclude that some initiatives with high impact could be implemented in the short and medium term. These initiatives and a strategic plan for their implementation were articulated into a formal document called the “Strategy for the Implementation of Justice Sector Reforms in Nigeria”.

Adoke said he is aware that Nigerians want his office to walk the talk in the urgent matter of Institutionalizing durable transformation and reforms in the justice sector to among others, cater for justice sector reforms, human rights promotion, and ensure improved international cooperation mechanism. He promised to do his utmost best.

We, in the organized civil society community will be ready to provide necessary intellectual support and will invariably monitor the progress of the Justice Sector reforms because we know that actions speak louder than words.