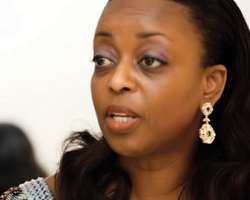 In a press statement in Abuja, Group General Manager, Group Public Affairs Division of the Corporation, Dr. Levi Ajuonuma described the comment credited to Orkura during his appearance before the House Committee on Public Accounts as ridiculous, unfortunate and a dangerous advertisement of ignorance coming from a person who should know better.

“The statement is totally different from verifiable official documents in the possession of the NNPC, the office of the Auditor-General of the Federation as well as the Public Accounts Committee of both the Senate and House of Representatives. I can confirm without mincing words that the NNPC as a responsible commercial entity with international connections has not only audited its accounts but have been sending the detailed financial reports to the Senate, House of Reps and the office of the AGF. As a matter of fact, the Corporation’s audited accounts have been submitted to the Office of Auditor General of the Federation up to 2010,’’ Dr. Ajuonuma stated.

The NNPC Spokesman informed that in addition to the periodic submissions of the annual audited accounts to the office of the Auditor General as well as the relevant Committees of the National Assembly, the AGF nominates auditors from his office to come to the NNPC at least twice every year for periodic checks on the Federation revenue and to dispatch their report at the end of each check to the National Assembly.

“How can the AGF say that the NNPC has never submitted its account since inception when officers from his office completed the last periodic checks on the Corporation about three weeks ago? Before then it is also on record that the AGF submitted his post mortem analysis of the Corporation’s audited accounts and that of the Federation for 2004, 2005 and 2006 upstream activities of the NNPC to the Public Accounts Committees of the sixth session of the National Assembly. The Committees in turn invited us for defence based on the content or observations made by the AGF,’’ Dr. Ajuonuma said.

He informed that for so long the NNPC has engaged the services of reputable and world class auditing firms with proven track records to audit the accounts of the Corporation on a regular and sustained basis as demanded both by law and international best practices.

“The claim that the NNPC has never audited or submitted its accounts since inception is not only false but smacks of hallucination on the part of the AGF. As I speak, we have copies of duly received forwarded NNPC Audited Financial Statements dispatched periodically to the Wuse, Zone 2, Abuja office of the Auditor –General of the Federation in the last 10 years from year 2000 to 2009,’’ Ajuonuma argued.

He called on NNPC Joint venture partners and the International business community and financial institutions to discountenance the statement insisting that the Corporation remains committed to international best practices in all its transactions.

The NNPC, which is under the direct supervision of the controversial Minister of Petroleum, Mrs. Diezani Alison-Madueke has been accused of lacking transparency in its dealings and affairs. The National Assembly, some analysts, local media and even international rating agencies have accused the government backed corporation of swimming in monumental corruption.

The Auditor – General listed the NNPC alongside, EFCC and 39 other government funded agencies and departments as having failed to submit any audited report to the office of Auditor General of the Federation since inception.

Mr. Samuel Orkura who disclosed this at the weekend at a meeting with the House of Representatives committee on public accounts also expressed his frustration saying he lacks the legislative arm of government to get the defaulting agencies to comply.

Orkula lamented that “the problem is further compounded by the fact that we have no powers to sanction those agencies who failed to transmit their audited reports to us.”

He said the federal government ministries, departments and agencies have in the past treated auditors with disdain and in some cases refused to make available their records for scrutiny.

According to him, “Most of the time, those we audit do not take us seriously; they tell us to our faces that our report won’t change things; that we may go ahead to write whatever report we can write about them but it would not affect them because the National Assembly has not been acting on audit reports.”