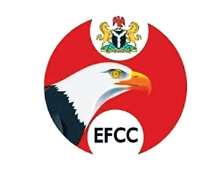 ABUJA, October 16, (THEWILL) - The Economic and Financial Crimes Commission, EFCC has been listed as one of the 41 agencies and departments of government that have failed to submit any audited report to the office of Auditor General of the Federation since inception.

The Auditor General of the Federation, Mr. Samuel Orkura who disclosed this at the weekend at a meeting with the House of Representatives committee on public accounts also expressed his frustration saying he lacks the legislative arm of government to get the defaulting agencies to comply.

Orkula lamented that “the problem is further compounded by the fact that we have no powers to sanction those agencies who failed to transmit their audited reports to us.”

He said the federal government ministries, departments and agencies have in the past treated auditors with disdain and in some cases refused to make available their records for scrutiny.

According to him, “Most of the time, those we audit do not take us seriously; they tell us to our faces that our report won’t change things; that we may go ahead to write whatever report we can write about them but it would not affect them because the National Assembly has not been acting on audit reports.”

In his presentation at the meeting, the Accountant General of the Federation, Mr. Joseph Oguniyi Otunla said his office was working out modalities to compel non-compliant agencies and departments to remit to the federation accounts. He said one of the ways was to “withhold allocations to any agency of government that refuses to submit its books for scrutiny.

At the meeting, presided by the chairman, Hon. Solomon Adeola, the lawmakers expressed displeasure that the country’s treasury might nose dive over failure of revenue generation agencies to remit what they generate into the Federation Accounts.

The Chairman warned that the committee would no longer tolerate such acts of illegality and the seemingly inability of the offices of the Auditor General and the Accountant General OF the federation to live and act above board.

“The Auditor-General has no excuse for failing to properly audit the accounts of Ministries and Agencies of government because the constitution has sufficiently empowered him to carry out such responsibilities. If you carry out your duties very well, we may not even have needed to establish all these anti-graft agencies,” he stated.

The committee assured that henceforth the lower parliament would not watch such acts of illegality and unpatriotic developments without slamming the necessarily sanctions as enshrined in the constitution.

The chairman pointed out that “This issue of revenue generation and remittances must be taken very seriously because of the need to make funds available to government treasury for development purposes particularly at this moment that the 2012 budget is being prepared. So we need the list fast. It is also too bad that these revenue generating agencies which had refused to remit funds to the treasury are also among the agencies that are defaulting in submitting audit reports to the office of the Auditor-General. We will not allow this to continue.”

But when contacted, the head, media and publicity of the EFCC, Mr. Femi Babafemi told THEWILL that, “the enabling Act that established the EFCC in no way mandated us to render such account to the office in question. What the Act mandates us to do is to render accounts to the Senate Committee on Narcotics, Drug and Crime and its equivalent in the House of Representatives on a yearly basis and we are so dedicated to it. Every 30th of September such an account is rendered and we also defend our budget proposals. We are not in any way violating any law.”