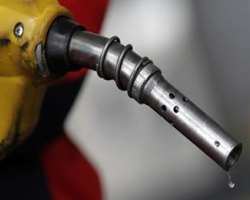 The recent revelation of the avowed intention of the Nigerian federal government to remove fuel subsidy and devalue the national currency (the naira) in 2012 should not surprise Nigerians who have observed the conduct of government in Nigeria in the past twelve years. Rather, Nigerians should be concerned about the capacity of the social power zones in Nigeria to resist the policy intent until certain minimal conditions are satisfied. Is the organized labour capable of resisting the Nigerian government? Has the Nigerian student body lately demonstrated adequate understanding of the implications of government decisions and responded appropriately? Has the formal news media shown through unassailable intellectual dexterity that it is able to puncture disingenuous arguments of government officials and guide the Nigerian people through the web of deceit spun endlessly in the corridors of power? Has the organized civil society in Nigeria earned for itself the capital of trust of the Nigerian people for selfless advocacy on their behalf without betrayal, and the capital of honour from the Nigerian rulers for its uncompromising dispositions during mutual engagements? I can bet that majority of readers would answer in the contrary.

My purpose here is to separate facts from falsehood, and to remind Nigerians of the past—the relevant past—that we have hurriedly forgotten.

UNCONVINCING PRECEDENT:
SAVINGS FROM SOVEREIGN DEBTS: Towards the end of the Obasanjo government, Nigeria earned—yes, earned—“debt forgiveness” from the Paris and London clubs of creditors. Nigerians were told, as it was equally made a condition for the “forgiveness”, that the resulting savings from sovereign debt servicing would be invested in critical sectors such as education, health, and public infrastructural development. In November 2006 (the same year Nigeria formally exited indebtedness to those clubs) President Obasanjo flagged off the construction of a modern dual-track rail network that would cover more than 1,300 km from Lagos to Kano. The completion date for the project was in 2010! The cost of the project was about 8.3 billion US dollars. Trains running on those tracks were to move at about 160 km per hour; that means a trip from Abuja to Lagos would take less than 5 hours, while less than 9 hours would be travel time from Lagos to Kano.

Nigerian rulers and politicians, some of whom are still in government as I write, made sure the contract was cancelled after the exit of President Obasanjo. In fact, the national assembly during the days of President Yar’Adua, under the leadership of Senate President David Mark, who still occupies the position, claimed that the project was inflated by as much as 700 US dollars. Later, it was reported that the same national assembly promised to “probe” the cancellation of the project (They never did). In 2009 when the issue of removal of fuel subsidy arose, the chairman of the senate committee on petroleum (downstream sector) at the time, Senator Emmanuel Paulker said this on Yar’Adua’s plans to deregulate the downstream oil sector:

"On removal of subsidy, we believe that the government would have been compelled by the unsustainable fiscal burden involved in subsidizing petroleum products to the tune of N640 billion in a single year. We have always believed that subsidy should be removed, although not in the abrupt way in which it has been done, but through a gradual phasing-out process. And while that exercise is in progress, the government should adopt immediate measures to tackle those foregoing elements that add to cost. For example, if the refineries were functioning optimally, freight and port charges would be eliminated. Also, if pipelines that make up our distribution network were in order and new ones were built, the enormous cost incurred through haulage by trucks would fall, thereby contributing to reduction in the pump prices of petroleum products. All these will simply result in a less prohibitive and more affordable pump price when the phased deregulation exercise is concluded."

The question one should ask is what the Nigerian government has been using the annual savings from sovereign debts to do in the past 5 years? If the federal government has nothing to show for the debt cancellation or “forgiveness” five after, why should Nigerians trust that same government to use whatever savings from fuel subsidy? It is the same government because, firstly, it remains PDP-led government. Besides, David Mark has been senate president for more than 4 years. President Jonathan has been around as vice-president, acting president, or president for more than 5 years now. During this period, an important project like the railway construction I referred to above was set aside. An efficient railway system of transportation could reduce cost of moving goods such as petroleum products, which, as Senator Paulker said in 2009, would have eased the hardship on the Nigerian masses that would result from removal of fuel subsidy.

CORRUPT IMPLEMENTATION OF FUEL SUBSIDY IS THE ISSUE, NOT THE SUBSIDY:

In 2009 when the issue of fuel subsidy gained momentum, President Yar’Adua’s special adviser on media, Mr. Segun Adeniyi made the following statement:

"Deregulation doesn't necessarily mean increase in fuel price. As we all know, what government is trying to do is question the rationale behind the subsidy in the first place.

What and who are we subsidizing? As the Minister of Finance said last week, we have been subsidizing corruption, inefficiency and fraud in the sector. And these are the things we are tackling. Because even the template of PPPRA [Petroleum Products Pricing Regulatory Agency], there are issues there that are being resolved by government and labor. We believe that government and labor can partner on this issue because at the end of the day, we should ask ourselves questions why fuel price is not going down in our country while it is going down in other countries. This is because of the current global recession that has led to low price of crude oil. So, there are a lot of questions we should ask about the sector that are not being asked. And these are the issues that will be tackled in the coming days. The approach we are taking is that government will partner with labor. The President told labor leaders last week that he will partner with labor on this and every other issue. We are concerned about the welfare of the Nigerian people as labor is. So, I believe we can reach a common position on this issue. And I believe we will, because at the end of the day the essence of the whole dialogue is that we deregulate the market and ensure that we are not held to ransom by cabals."

I want to announce that more than three years after that statement government did nothing about the “cabals.” It was reported at that time before Mr. Adeniyi’s statement that President Yar’Adua’s government had instituted a probe into the activities of the Petroleum Products Pricing Regulatory Agency (PPPRA) and all the bodies involved in the regulation of fuel prices. The probe, termed "process auditing," according to government, was aimed at finding out how the agencies arrived at the template they used for the prevailing petroleum products' prices. As I write, neither has the result of that probe been made public nor has the “correct” price template of PPPRA been made available to Nigerians.

Mr. Adeniyi or President Yar’Adua’s government made some revelations, but failed to follow up. The facts are that: There is dishonesty (or corruption) in the pricing of petroleum products by the PPPRA. A group of people (whom Mr. Adeniyi called “cabals”) is holding Nigerians to ransom. Another fact is that government wants to hide its incompetence at enforcement of the rule of law through total removal of fuel subsidy rather than mop up the amount it is wrongly spending in the name of fuel subsidy. The Nigerian people must not suffer for failure of government. Just hours ago I heard on the news that the House of Representatives had approved the purchase of 360 official cars for its members. Nigerian public officials take for themselves annually more than 1.2 trillion naira. But they are not talking of removing this “subsidy” they are enjoying. At the same time President Jonathan’s government plans to remove fuel subsidy, it also would devalue the naira. One does not need to be an economist to see that the twins—fuel subsidy removal and devaluation of the naira—would so eat away at the Nigerian worker’s earning that the organized labor would be asking for a minimum wage of N 100,000 a month.


But who in the organized labor, student union, government, etc., cares to read and act on what writers like me put out there? But I know those that must be listened to— the bombers and neighborhood terrorists that shall go after relatives of those in government; the unemployed that would go on intractable riots all over Nigeria, and the many Boko Haramic sects that shall be hatched few months from now. And then we shall see whether the obduracy of government policy makers against sound reason is worth anything after all.

The organized labor, student unions, civil society, formal news media, and the legislators are all in the same league—the league of the Hopeful, who believe and sing often that “things are getting better,” even though they do nothing to give support to the verbal dance. Maybe this is an answer to the prayers of the prayerful. Who shall deceive this Ahab that he should go to battle and fall? “I shall go and be a lying spirit in the mouth of his prophets,” answered the little one. “Go and you shall succeed.” He is too blind to see that his government shall crash as soon as he goes ahead with this folly. I told it to the nation more than a year and half ago in my essay, “Nigeria: Interpreting Times and Events.” But how many remember? It is near, even at the door. If this provocation does not incite Nigerians a worse than it must come; and it shall be bloody.

* Leonard Karshima Shilgba is an Associate Professor of Mathematics with the American University of Nigeria and President of the Nigeria Rally Movement. He is also the Coordinator of the Middle Belt Federation under the Middle Belt Coalition agenda. TEL: +234 (0) 8055024356; EMAIL: [email protected]