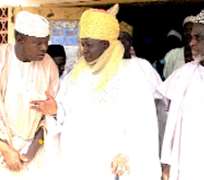 Frankly speaking, I am concerned about the cleanliness of the ihram attire after a 10-hour journey. I think I should put on the ihram at Jeddah airport to ensure it is clean on arrival at Al-Masjid Al-Haram. Jazakum Allah khayran.

Wa `alaykum Salam wa Rahmatullahi wa Barakatuh.
In the Name of Allah, Most Gracious, Most Merciful. All praise and thanks are due to Allah, and peace and blessings be upon His Messenger.

Thank you for your question, which shows your eagerness to perform the rituals properly and to live according to the guidance of Islam. Dear brother, we would like to highlight that a pilgrim who travels for Hajj or `Umrah by air does not take ihram (enter the state of a pilgrim's sanctity) except after his arrival. If he gets off the plane at a miqat (a fixed place at which pilgrims enter ihram), he is to take ihram exactly as the inhabitants of that place.

If he gets off in a place before a miqat, then he should take ihram on passing by the first miqat on his way to Makkah, or a place parallel to it if there is no miqat on the way. If otherwise he gets off the plane in a place between the miqat and Makkah, then he takes ihram from the place of arrival. For more elaboration, we would like to cite the following fatwa issued by Sheikh 'Atiyyah Saqr, former head of Al-Azhar Fatwa Committee, in his Fatwa Encyclopaedia:

In light of this Hadith, the Prophet (peace and blessings be upon him) explicitly specified some miqats (places at which pilgrims enter ihram) for pilgrims in the Islamic states in his lifetime, and did not specify them for other people (in places where Islam had not reached at that time); he left it up to scholars' personal reasoning. Hence, recent cases (utmost of which is the question, where should a pilgrim travelling by plane enter ihram?) require jurists to be open-minded.

There is no textual evidence that indicates the ruling of those going for Hajj by air. Therefore, (after detailed study of that issue) I have concluded that those who go by air to perform Hajj have nothing to do with the land miqats specified by the Prophet (peace and blessings be upon him), so long as they are on board. This case falls among the category of things that are left open, as travelling by plane was not even imagined in the Prophet's lifetime. Likewise, the Prophet (peace and blessings be upon him) mentioned nothing concerning pilgrims coming from the west towards the Arab peninsula to perform Hajj, as there were no Muslims who crossed the sea from Africa and Egypt for Hajj.

Since travelling by air is not included in texts that specify the miqats for Hajj, then it is subject to personal reasoning to estimate it according to recent methodology, exactly like all contemporary issues that are not included in any textual evidence. Such should be governed in the light of the principles and objectives of Shari`ah, at the top of which comes lifting suffering and hardship.

Moreover, there is no evidence for those who claim that a pilgrim should enter ihram on board once the plane passes over one of the miqats or a place parallel to one of them. Some people also claim that to lift hardship, a pilgrim may enter the state of ihram on board the plane without putting on the ihram attire, then he should take off his regular clothes and change to ihram attire on arrival and offer an immolation. Nevertheless, the Islamic Shari`ah is so tolerant that it does not intend to overload people with what they cannot bear; Islam is totally against this.

Other people strangely claim that the resolution in such a case is to enter ihram from home before getting on board. But this is not convenient, as Muslims from Moscow and other places where the temperature reaches -50 degrees centigrade would never be able to do this, especially in winter. Hence, the resolution I mentioned above seems to be suitable for the case of pilgrims who travel by air, in the light of Shari`ah. I have reached that resolution after thorough study of all details of the issue and its evidence for many years.'

Concerning the cleanliness of the ihram attire, we would like to cite another fatwa by Sheikh Ahmad Kutty, a senior lecturer and Islamic scholar at the Islamic Institute of Toronto, Ontario, Canada, in which he states: 'It seems to me that you are under the impression that one ought to wear the same piece of ihram all throughout the course of Hajj. This is not true; you are free to change one pair of ihram for another as you wish any number of times while in ihram.

You may, therefore, keep an extra pair of ihram and you may wash them and reuse them; once washed, they will dry fast because of the hot weather.' Based on the above, you are to enter ihram at Jeddah airport, for Jeddah is a miqat itself. Also you may take an extra set of ihram attire and change one for another if you like. May Allah accept your `Umrah and reward you! May Allah guide us all to the straight path! Allah Almighty knows best.