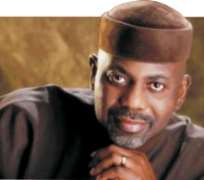 In a political system, registration of new members and revalidation of old members are necessary to entrench durable democratic culture. It is a tradition, therefore, that a political party or association must endeavour to educate its members on the need to be faithful and perhaps be qualified to aspire to elective position as well as benefit from the party's programmes.

It is in the light of the above that the leadership of the ruling Peoples Democratic Party, PDP, nationwide decided in line with the party's Constitution, (2009 as amended), to carry out registration and revalidation of exercise of its members.

Accordingly, the National Executive Committee, NEC, at its 56th meeting held on July 28, 2011 approved membership registration for new members and revalidation for existing members prior to the 2012 party Congresses and conventions.

In line with the directives, the Cross River State Chapter of PDP, on September 18, 2011 inaugurated members of the co-ordinating committee across the 18 local government areas at the party secretariat in Calabar to embark on what it described as 'massive membership drive and revalidation of its old members.'

The party maintained that the essence of the exercise, led by ex-military administrator, former House of Representatives members, serving House of Assembly members, party leaders and stakeholders, was not only to ensure hitch-free exercise, but to take the party back to the grassroots. A total of 50,000 membership cards were sent to the state and 197 wards, while 250 members must pay up their annual dues of N600.

Inaugurating members of the coordinating committee, the state chairman of the party, Ntufam Ekpo Okon, said those interested in the party had better use the exercise to formalize their membership as the task ahead is very crucial especially as the party is entering into another stage of congresses. Ntufam Okon, said, 'The business ahead is crucial and very important.  This is why, we in this state are immediately implementing the decision of the National Working committee of our party by embarking on membership registration and revalidation from the ward level.  You the leaders are to ensure that this exercise is rancor-free and effectively done.'

The Chairman, who warned the committee members to be unbiased, charged them to ensure that all registers are kept at wards' secretariat to enable those who want to belong to the party are officially registered, and their dues of N620 per member properly remitted as the leadership will not condone any act of sabotage from anybody or group of persons. The former Commissioner in the NDDC Board dispelled rumors making the rounds that the exercise is usually an opportunity to de-register those opposed to some interests within the party, challenging them not to create an avenue where those who are supposed to be members are thrown out to go and join opposition parties.

He said, 'the committee members shall only supervise and ensure that registers are made available to everybody that wants to register; no one should a create a situation where people who are supposed to be our members are thrown out to opposition because of ego or personality clash. We want a situation whereby when you members for congresses, you will see them and all of them must be financial members.

He disclosed that those members who defected to opposition parties to fight the ruling party during the just-concluded general elections will be placed on probation to serve as a deterrent to others, advising party members to submit names of PDP members who are testifying against them at election tribunals.

He further stressed that the returnee members would be observed for six months to ensure that they are not spies and that they are of good behavior; Even then, those of them who may have any aspirations to contest elections on their return to the party may not be readily obliged.'

Indeed, the announcement by the leadership that all former members who defected to opposition parties and wish to return to the ruling PDP shall be placed on probation in line with the party constitution lends credence to some rumours making the rounds that the exercise is a booby traps for some 'recalcitrant members.'

However, at the stake holders meeting held at the party secretariat, it was agreed that all the ex-members that decamped to other parties to contest elections and failed, including those that are in various courts in the state, challenging PDP members that won the last general election with litigations who now wish to return to the party would first be treated with cold shoulders on their return. The PDP stalwarts also stressed that the returnee members would be observed for six months to ensure that they are not spies and are of good behavior.

'Even then, those of them who may have any aspirations to contest elections on their return to the party may not be readily obliged', Jake Enyia, two-times member of the state House of Assembly who raised the question on ambition of former members, stressed. But hardly had the committees been inaugurated that tongues started wagging among party leaders and some stalwarts over the intentions of the exercise. While a few see the exercise as genuine with good intentions, quite a number see it as an attempt to de-register perceived enemies and those seen to have played anti-party role during the just-concluded general elections.

There are also rumblings with regards to the membership of various local government committees as staunch party supporters are piqued that new entrants, especially from the ANPP, had completely taken over the affairs of the party to the detriment of founding members and those who have been steadfast in the party since 1998.

From Bakassi to Yala, there are grumblings that those who formed the party have been relegated to the background, while efforts are on recruit new loyalists just to feather some political nests. This set of members contend that it is absolutely not acceptable to allow those who do not know what party politics is all about to carry out a serious exercise as this as they see it as another attempt to subject them to another ridicule especially when cards are quite limited.

Reacting to this, Emmanuel Edem, a one-time councilor in Bakassi local government area, said 'those of us who started the party at the grassroots have been thrown into the trash can of history; newcomers have taken over as they now form the crop of whatever activities at the party secretariat and this is not fair at all.'

Edem, who claims he has worked for the party all through, wondered why those who don't know the ideals of the party should be allowed to preside over the affairs of people who built the party from the scratch, stressing that 'the party will continue to be enmeshed in crisis until real politicians who brought the party down here are given their due.'

He emphasized that most of the committee members in Southern Senatorial District are not acceptable to majority of the party members and therefore sees the registration and re-validation as another exercise that will generate more tension and acrimony before the congresses and conventions.  Others still entertain fears that some desperate caucus leaders across the state might hijack the exercise by possibly buying off the cards for their loyalists thereby taking absolute control of who becomes a member at the end. Besides, some party members contend that money bags and those with intent to run elections can easily buy off the party if more cards are not made available to everybody who wants to belong.

Investigations by Daily Sun revealed that most of the cards sent to wards have already been exhausted as most members can't have access to them. As usual the fears of it being hijacked came to pass as most members confided in Daily Sun that the cards were just shared among some interest groups within the Party to douse tension.

At most of the wards secretariat visited within the Metropolis, it was gathered that there was no display of the party register for either those who want to register or old members wishing to revalidate their membership even when the party Chairman had warned that it should be made accessible to all.

It was learnt that in some wards, powerful cliques have already shut the doors against their rivals for fear of squaring up with them when the chips are down. The ostensible reason adduced is that they are anti-PDP and the leadership.

But a reliable source hinted Daily Sun that some political spin doctors are discreetly working round the clock to ensure that anybody or group of persons perceived to have an eye on 2012 governorship race in state and within the ruling party will be de-registered as they, the spin doctors, cannot risk throwing the primaries open to 'political enemies.'

Speaking to Daily Sun on telephone, the Publicity Secretary of PDP, Abu Eyo, said the exercise is going on successfully across all the wards of the state. But he, however, admitted that there are few complaints which the party will definitely address. Abu debunked allegations that there are moves to deregister some people, saying the exercise is rather geared towards opening up the political space for more persons to come in and exercise their political rights.