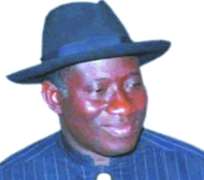 Proposal by President Goodluck Jonathan to transfer the sum of N98.4billion from where it was allocated to another in the 2011 budget-led to a rowdy session in the House of Representatives yesterday.

Deputy Speaker Emeka Ihedioha who presided over the plenary laboured hard to save the bill from being thrown out later stepped it down before the House went into a closed door session.

President Jonathan had proposed a bill to the House asking for the virement of N98.4billion in respect of nine ministries, agencies and departments in the 2011 budget last week.

Most members who contributed to the debate did not hide their displeasure at the failure of the Executive to provide enough information on the level of performances of the 2011 budget and were ready to kill the bill. House Leader, Mrs Mulikat Akande-Adeola, who opened debate on the general principles of the bill could not convince her colleagues on the desirability of the presidential request.

Her deputy, Leonard Ogor fired the first shot against the bill when he implored the House to refer the proposal to the Committee on Appropriation, where it would be thoroughly studied and adequate information elicited from the Ministry of Finance. The report of the committee, he argued, would guide the House to decide on the relevance of the virement or otherwise.

Chairman, Committee on Electoral Matters, Jerry Manwe said that only when the House has sufficient information on the level of implementation of the 2011 budget that the House could decide if there was need for virement or not. Public Account Committee Chairman, Solomon Adeola [ACN Lagos state] stated that no money would be allowed to be vired when nobody was sure of what had been done with the money allotted to the ministries and agencies where the president was asking for money to be moved to.

Contributing, Hon Opeyemi Bamidele said since the House would never be a rubberstamp, there was the need to carefully look at the budget performance and see where there was selective implementation.

Minority Whip, Samson Osagie pointed that the 2011 budget had failed as far as opposition parties are concerned and that there was no basis for any virement. Moshood Mustapha and Linus Okorie demanded for the quarterly report of the performances of the 2011 budget as stipulated by the Fiscal Responsibility Act.

The chamber became rowdy as members shouted on top of their voices asking the presiding officer to put up the bill for vote.

The deputy speaker consulted with some of the principal officers before calling on Hon Farouk Lawan to make his contribution. Lawan slammed the Executive for not forthcoming on the performance of the budget, adding that the House could not be used to cripple the economy. Information on the level of budget implementation was central to any decision to be taken on financial matters.

Observing the mood of the House, Ihedioha yielded the floor to the Majority Leader to make her last appeal on the bill, which members resented. The deputy speaker announced that a consensus had been reached to step down the bill.