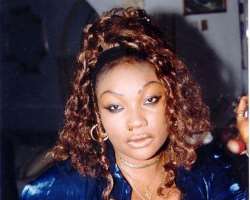 Meanwhile the mother of one denied that she requested for N100 million as compensation from her ex-husband. Narrating what happened at the court she told Showbiz Now that in response to the judge's request on what she thinks would be appropriate compensation she responded by saying it would be worth more than a hundred million but knowing that the man is incapable of paying such amount, she would leave the judge to use his discretion and recommend an appropriate figure.