'SENATE SLOT FOR ABIA SOUTH MUST GO TO IKWUANO' 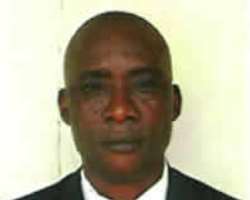 Barrister Pedro Ramey Onyegbula Azuogu is one Nigerian lawyer ,who sees politics as a game that should be free and fair. P. R. O. Azuogu, as he is popularly called, is an Abia State-based legal practitioner, who has, through his practice, traversed the length and breath of the nation, practising law and politics.

Trained at Ahmadu Bello University, Zaria, the legal activist was the one who introduced Civil Liberty Organisation and Constitutional Rights Project on campus. Azuogu, in this interview with Daily Sun, x-rays issues as it concerns his Ikwuano people in the state . He spoke at length to CHUKS ONUOHA.   Excerpts;

Ikwuano's political travails
Ikwuano is one of the Largest Local Government Areas in Abia State, nay Nigeria. It is at present unarguably the food basket of Abia State, producing garri, melon, banana, plantain, palm oil, palm wine, cocoa, various fruits and vegetables in commercial quantity. Indeed the people are basically agrarian and because of her large expanse of fertile land they apply seven years fallow system in farm cultivation without the use of fertilizer. It is surprising and indeed pitiable that a Local Government that produced the first Senator of the Federal Republic from the old Bende Division has gone into political comatose fifty years after. It is also unthinkable that a Local Government that had a seat in the Eastern Region House of Assembly in 1961 and also a seat in the then Imo State House of Assembly in 1979 is still having just the same one seat in the Abia State House of Assembly after all these years. In spite of her large land mass does it mean that the population of Ikwuano has not increased since then or what? Certainly the factors that are responsible for this stagnation are legion.

It is on record that in 1991 a Second State Constituency was created in Ikwuano and a Federal Constituency was also created. Unfortunately after the census, the population figure of Ikwuano was tinkered with whereupon both the Second State and the Federal Constituencies, were wickedly dismantled, thereby relegating Ikwuano to square one politically. During the 1996 Justice Mbanefo's Committee for the Creation of Local Government Areas, all efforts at creating a second Local Government out of it was surreptitiously frustrated, whereas Umuahia South was created. These were aimed at ensuring that it remained a Pariah Local Government and continued as a political appendage meant only for votes shopping during elections.

This accounted for why Ikwuano has not been developed, or given an Urban Status. During the movement for Abia State creation, many Ikwuano persons contributed immensely to the realization of that project and some even donated their real estates for the take off the Capital City. However, till date, no monument or street has been named after any of them. Traditional Rulers from Ikwuano are hardly given State recognition, even when Ikwuano had once produced a Deputy Chairman of Ndi Eze when Ikwuano was in Imo State. There appears to be a calculated conspiracy to see that it is perpetually down politically, economically, socially and culturally.

Again in 2011 when Umuahia North retained the Governorship, Ikwuano was yet again denied both the House of Representatives and the Senate slots that naturally were supposed to be zoned to it. The reason for denying Ikwuano the slot for the Senate was said to be as a result of 'PDP's policy of returning all her Candidates from the National to the States levels.'

When did the problem you are enumerating start?
The big bang came in 1967 when, one morning Ikwuano was merged with Umuahia as an Urban Division. This decision or policy did not take into account the British colonial administrative evolution nor did it have justification by history and anthropology. This merger though, might have been well intended administratively, given the exigencies of that bleak period, the resistance and stiff protest by Ikwuano people revealed their real fears when in the years that followed, Ikwuano was totally and completely reduced to a mere political appendage to Umuahia.