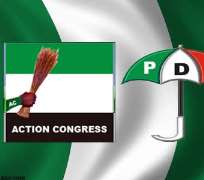 In a chat with journalists at the Court of Appeal, the National Publicity Secretary of the PDP, Professor Rufai Alkali insisted that violence was premeditated by ‘misguided elements’ in the CPC, adding that the Presidential candidate of the CPC, Major-General Muhammadu Buhari did contribute to the violence with his utterances prior and after the poll.

Explaining further, Alkali said it was obvious the violence was premeditated because it erupted within 24 hours after polling in states where the CPC polled larger numbers than the PDP.

The National Publicity Secretary said traditional rulers and leaders of his party were targeted by the misguided elements, adding that his party would study the report of the Sheikh Ahmed Lemu presidential panel on the violence and make public its position.

But speaking to the media at a separate briefing, CPC Chairman, Prince Tony Momoh said it was unfair to single out and blame Major-General Buhari for the violence, as he was not indicted by the Sheik Lemu Panel. He said the panel in its report observed that utterances of political party leaders and elders led to the riots.

Momoh said former President Olusegun Obasanjo and Edo State Governor Adams Oshiomhole urged voters to protect their votes too just like Buhari said, adding that they did not call for destruction of lives and properties.

The CPC National Chairman attributed the violence to the youths’ frustration with the government for failing to provide jobs and other basic necessities of life.