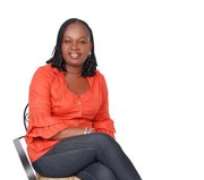 Nkechi, the beautiful wife of Senator Ayogu Eze, is set to reach out to the less privileged once again, an initiative that comes annually through her non-governmental organization, Oak of Hope Foundation.

The programme, which initially began as an avenue for succor for the physically challenged persons in Enugu North (Nsukka) Senatorial zone, we heard, has spread and become more popular while the next one would be distinct in all aspects.

At the last edition, the senator's wife presented the physically-challenged, who she likes to describe as 'special ones', with walking aids, such as wheel chairs, crutches, and canes for the blind. In all, 50 wheelchairs, 40 pairs of crutches and 20 canes for the blind were distributed.

Then Minister for Information and Communications, Mrs. Dora Akunyili and her husband, Chike, members of the National and State Assemblies from Enugu State, local government chairmen from Enugu North Senatorial zone, state PDP officials and other NGOs graced the event.

As usual, the after presentation treatment are also being planned where a lavish party in which there was a lot to eat drink and chew will be in display.