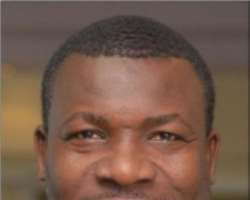 Investigations conducted by us revealed that, the days top entertainers serenade parties just for the fun of it, are gradually slipping into oblivion.

Findings revealed that a large percentage of this group of individuals- particularly the actors and actresses- now demand for a amount of money before attending events, especially when the outing concerned is not an all out leisure package.

The monetary demand is said to be usually coloured in the guise of 'cost of transportation'
Sources divulged the fee is usually based on the kind of ceremony, a naming ceremony, launch of a product, house dedication or commissioning of a project or any other personal or state events.

Digs by us revealed that the custom is becoming so rampant that some have turned it into a means of livelihood.

The facilitator usually acts as the middle man, taking a percentage of the fee released to the 'hired entertainers' or a fixed amount off the money realized from the expedition.

Further findings revealed that the growing trend is quietly causing a crisis of sort among the actors body- both in the uniform English speaking and sectional genres, like the Yoruba.

The growing discord is said to be two way seeded.

Some believe they are being marginalized by a group mostly found at such events and share revenue in the name of Nigerian actors.

Some advocate all revenue from such commercial outings be given to the association and shared accordingly.

The groups more popular with this new found passion are opposed to the two proposals- paving way for emergence of splinter 'for hire' units, while the affected association leadership battles to harmonize operations.

Florence Ita Giwa, Ifeanyi Ubah- aside other politicians and businessmen that use them for publicity gimmicks- are listed as major patronage of this growing service.

Omoni Oboli and Bob Manuel Udokwu are few of the entertainers still clinging to decorum. They attended an event by The Redeemed Evangelical Ministry that their colleagues refused to honour because the church refused to pay 'the transport fare'