Helen Ukpabio is a monster 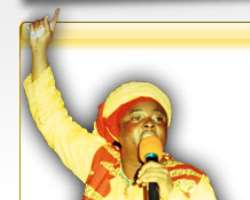 I've written many times on the issue of child witches in Africa. Every year, thousands of kids are abandoned, beaten or killed because their parents or family members suspect them of being witches. This problem is exacerbated by the fact that in Nigeria alone, over 930,000 children are orphaned by HIV/AIDS, and often their remaining family members believe that theses children were responsible for their parent's death.

One name keeps popping up that I can no longer ignore: Helen Ukpabio. Helen has been producing movies capitalizing on the fear of witchcraft for some time. The Nigerian film board has repeatedly tried to censor her dangerous and violent rhetoric, but because of their corruption and general ineptitude, these videos are allowed to circulate to the surrounding populous, creating fear, violence and hatred as a result.

Helen has done quite well for herself fanning the flames of fear. She boasts over 50,000 members to her church, and the future seems bright for her. The proliferation of her movies and her massive church attendance has made Helen a rich and powerful woman in Nigeria. With her obsession with child witches growing, it's difficult to imagine how this practice can be stopped.

If you want to know what the face of evil is, then look no further than this woman, who profits from the death and torture of little children. Nigeria is the most dangerous place to be a child, and it's because of people like Ukpabio and her ilk. This is the true danger of superstition: it makes otherwise peaceful humans into fearful monsters who would murder their own children. Women like Helen Ukpabio are shielded from responsibility for their crime by a bubble of religious delusion. No doubt she must think that WE are the ones who are monsters for allowing witches to run free. What a sad and ignorant world we live in.