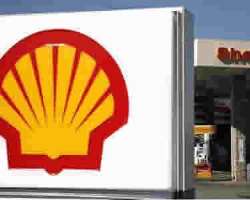 An industry watchdog accused Royal Dutch Shell on Monday of funding armed gangs in Nigeria and said this had fuelled human rights abuses in Africa's most populous nation.

The company, the biggest operator in the West African nation's oil industry, denied the allegations.

Platform, a London-based non-government organisation monitoring the oil and gas industry, said in a 75-page report that the Anglo-Dutch major paid government forces who have attacked, tortured and killed Nigerians living in the creeks and swamplands of the Niger Delta.

"Basic company errors have exacerbated violent conflicts in which entire communities have been destroyed. Billions have been lost in revenues to the government and oil companies, sending shock waves through the global economy," the report said.

"While primary responsibility for human rights violations falls on the Nigerian government and other perpetrators, Shell has played an active role in fuelling conflict and violence in a variety of forms," Platform said.

It says Shell regularly assisted armed militants, in one case in 2010 transferring over $159,000 to a group credibly linked to militia violence. The report says Shell sided with clashing gangs, picking the more powerful group to help protect its oil infrastructure.

Shell denied the allegations, saying it respects human rights wherever it works but acknowledged that sometimes its actions caused tensions between communities in Nigeria.

The company said it would look into recommendations made in the Platform report.

"We have long acknowledged that the legitimate payments we make to contractors, as well as the social investments we make in the Niger Delta region, may cause friction in and between communities. We nevertheless work hard to ensure a fair and equitable distribution of the benefits of our presence," Shell said in a statement in response to the report.

"In view of the high rate of criminal violence in the Niger Delta, the Federal Government, as majority owner of oil facilities, deploys Government Security Forces to protect people and assets. Suggestions in the report that SPDC (The Shell Petroleum Development Company) directs or controls military activities are therefore completely untrue."

UN REPORT
The Niger Delta is a vast wetlands region in southern Nigeria where thousands of kilometres of waterways and creeks vein through communities where many live on less than $2 a day, despite the wealth beneath their feet.

Militant groups have carried out widespread attacks on oil infrastructure in recent years, at their peak in 2006 cutting out more than a third of the OPEC member's oil production.

An amnesty in 2009 saw thousands of militants lay down their weapons and major sabotage strikes have been limited since, although community grievances still prompt unrest.

A United Nations paper earlier this year was critical of the widespread pollution Shell causes, and does not clear up in the Niger Delta.

Shell and other foreign oil firms operating in Africa's largest oil and gas industry say the majority of oil spills are caused by sabotage or oil theft. Both the Nigerian government and Shell are investigating the U.N. oil spill evidence.

The company recently admitted liability for oil spills in the Ogoni region of the Niger Delta and faces damages which experts believe could run into hundreds of millions of dollars.

Shell has been operating in Nigeria longer than any other foreign oil company but it is in the process of selling four onshore oil blocks and has said it is not looking to expand its business in the country.