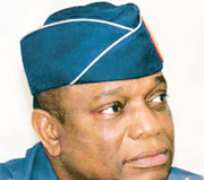 They said the development did not cause any rancor with the security apparati, and blamed the media for blowing the issue out of proportion.

According to Umar who spoke through his spokesman, Air Commodore Yusuf Anas “This press conference is therefore essentially to assure Nigerians that there is no iota of disunity or rancour with or between security agencies in the fight against terrorism despite the orchestrated speculations by a section of the media.”

While Anas was quick to blame the media he was silent on the report of the Presidential Committee on Security Challenges in the North- East which also adduced the bitter rivalry among the security agencies as one of the obstacles to dealing with the Boko Haram crisis.

While submitting the report to Vice President Namadi Sambo on Monday, the Chairman of the committee, Ambassador Usman Galtimari, had said, “On the part of the security agencies, there are palpable operational lapses, service rivalry, under-funding, under-equipment a

At the conference, Anas also explained how Tishau, whom the police claimed to have handed over to a sister agency came to grant an interview.

In the interview, Aliyu Tishau, the sect co-founder and coordinator in Gombe, Bauchi and Plateau states had accused some of the security agencies of negligence and incompetence.

Tishau had also said that he met with the Inspector General of Police, Mr. Hafiz Ringim, before at least one bombing and warned him that it would take place. He alleged that Ringim did not take any pre-emptive action despite his warning.

But the police had countered that Tishau was released to an unnamed sister agency which requested him for further interrogation.

He said, “The so-called co-founder of Boko Haram, Mr. Aliyu Tishau, was arrested and detained by security agencies for questioning on his relationship with the terrorist group and was later released on the strength of a court order.


“Mr. Tishau subsequently found his way to the African Independent Television where he made several spurious claims.

“His much publicised diatribe is understandable and should be situated on the psychology of someone who went through a period of detention and needed a platform to vent his anger.”

When asked who got the order on behalf of Aliyu, from which court and the name of the judge, neither Anas nor his colleagues who spoke at the press briefing could provide an answer.

Colonel Mohammed Yerima, who represented the chief of Air staff, only said that the police arrested Tishau handed him over to the Central Investigation Centre of the Nigerian security agencies which in turn released him when he got a court order.

Anas said it was while the Boko Haram leader was undergoing interrogation at the CIC that the court order was brought for his release.

Also in attendance at the briefing were Navy Commodore Kabir Aliyu and Mr. Olusola Amore, the spokesmen for the Navy and the Police.