I can only fall in love with older women— Ali Baba 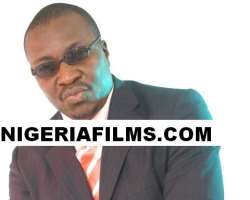 Ali Baba is one of the most famous comedians in Nigeria today. He once criticized former President Olusegun Obasanjo when he was in office without incurring his wrath. In fact, it was said Obasanjo never got infuriated by his jokes.

This was rather strange but Obasanjo, perhaps, got used to Ali Baba's 'yabis'. There is no doubt Ali Baba affects lives with comedy and has mentored some people who have today turned out to become great comedians. In this interview with Saturday Vanguard, he discloses that he is not only reaping from his sweat of yesteryears, but he took the right decision of becoming a comedian. Excerpts:

Is Ali Baba your real name?

My name is Akporobomemerere Ajunyota and my baptismal name is Alleluya. But, Ali Baba is a stage name that was taken from the name Alleluya.

Did you consider the challenges involved before you chose to become a comedian?

When I was in the university, I suspected that comedy was going to bring me a lot of money because my allowance at that time was N120 and when I did shows in school, I was paid N50. After I left school, I was already earning up to N150.

So, I knew it would get higher in the larger society. Now, we have reached the stage where we receive N1.6 million for an event. My wife even thinks I am an armed robber because she works for 30 days to earn what I earn in one day.

How did you convince your parents on your choice of profession?

At first, it was difficult because nobody was ready to accept my idea. I could not convince my dad neither could I convince any other person. But, then, the thought kept telling me that I can make money through the job. Nobody cared to listen. But I must you that I'm happy that I took the decision.

What are challenges of a full-Time comedian ?

It was a terrain that nobody had ever traveled. It was a virgin industry. Only few people were in the business when I delved into it full time.

People like Jude Oweh Weh, a comedian then who later relocated to America; John Chukwu who was somebody who would have taken stand -up comedy to the next level but passed away. We had people like Patrick Doyle, Tony Saint Iyk, Tunji Sotimirin, Femi Jarret who were practising it bit by bit, but not as their main occupation. There was Muhammed Dajuma who was an actor and also doing stand-up comedy but when I came in, I told him, I wanted to do it full scale.

He doubted if I had the potential to do it fully. But he dabbled into movie and he did stage and television production. But, for me, I just wanted to do comedy which was one thing that made me different. I wanted to do just that without depending on any other source of income, so I had to put all my eggs in one basket. I did everything to make sure that I succeeded in it.

There were challenges because people could not understand it as a form of entertainment. People did not want to pay for that kind of thing. They figured it to be free. There was no precedent on the profession. Stand-up comedy is taxing and one needed to do enough to gain acceptability .

If at that time when the pay was N2,000 to N5,000, and one was given five minutes on the job and didn't do it well, one would not be able to get another event. And because, it was the beginning, it was necessary to put in all your best.

It wasn't a piece of cake because they were many challenges. One, there was no house.Secondly, I was just coming to Lagos with a new form of entertainment that people did not believe in..

How much were you able to put together?

When I said 1990, it wasn't an overnight success. Between 1990 to 1994, I struggled to make ends meet. It was from 1996 that I was able to breakthrough, unlike, these days when it is easy for anyone to make it after two years. Because, they are reaping from the sweat of those who pioneered it. And that was what I and other people like Muhammed Danjuma, Okey Bakassi never had. But we thank God.

How did you develop yourself?

My wife helped to make my home a real haven because she knows what a happy home means to me. My habit of watching many movies is not just for my own entertainment only, but also to be constantly aware of what is happening in the film and TV industry.

I also read newspapers to stay abreast of current affairs. All these are essential to make my jokes relevant in our society.

Are you saying it was easy to acquire wealth as a comedian?
Comedy was not like any other profession. But I needed to make people know that my service was worth a particular amount. And the greatest investment I had was my book, suits and videos. I was spending so much money on trying to improve myself and on the quality of services that I give.

How would you describe your growing up?

I started my early life in Warri but when my dad came to Lagos in 1976, I came with him and between that time and 1984\85, I was in Lagos and I was a barrack boy. So, my early age was in Warri where we were mixing with all kinds of people. But, in the barracks, precisely Ojo Cantonment, I went to St. Michael Primary school, Ojo, Command Secondary School, Ipaja and went to Warri to join my father when he retired from the Army. He was in Nigerian Army Education unit until he retired and joined the Federal Ministry of Works and Labour Mills and Productivity in Warri.

So, childhood was really adventurous. We were denied the luxury of ice cream, cornflakes, chocolates drinks ,but anytime we had the opportunity, we enjoyed it very well.

That was nothing to count as suffering but just that we were deprived the luxury that the rich and the famous children were enjoying.

Would allow your children to have a similar experience ?

My children are having a good time. They tell me what they want and within a short period, they get it. So, the story is not same.

Kids also keep you young and help curb selfish instincts because their needs come first. The consciousness that they are watching carefully to emulate you is a humbling feeling which makes you think twice before you do anything wrong.

Your kids are the most precious priorities in your life. This is because you can get divorced and remarry but you can never change your children; they are in your life forever.

What is your position in the family?

I came very much later after several women.

That means you would have enjoyed all the goodies of an only child?

The fact remains that, I grew up amongst mature women. So when you hear them discussing issues, it gives you a different insight and the reason why you should not think of getting any special treats from anybody. And I started reading very early at the age of seven .I was reading newspapers including the Sunday Times, Daily Times, Home Studies books, Tribune, The Observer as well as Nigerian Readers' Digest.

I wasn't ready to relate with anybody younger than I was because they were not on the same frequency with me. Even when I was in JS 3, I was thinking of dating a girl in SS2. Although I had challenges of convincing her, at the end I succeeded.

What goes for you? Is it intelligence or good character in a woman?
Intelligence has 40 percent consideration in my choice of a woman while other things follow. But, its not as if I wouldn't desire good character or a virtuous woman and she must also be big.

Are you saying you prefer obese women?

It's not necessarily obese women but someone who is big in either the back or the front. For me, I wanted a woman who I would be able to touch well. Whenever, I want to touch her, I should be able to get her very close and exploit it in its fulness.

Some people said you are no longer living with your wife?

My wife, Mary and I are not just husband and wife but soulmates. We enjoy a very playful relationship. We also share strong domestic values and are most happy when we are with our children. Like any other couple, we have had our problems but we always overcame them. It is an old truth that for a marriage to be successful, love is not enough; you also need to have someone who is able to support your dreams and be a companion as well as a spouse. She is upstairs sleeping.

She is a banker and an Engineer and I love her dearly, the same she does. She manages this home and I take her directives. In fact, she celebrated my 46th birthday anniversary for me.
But, you were not interested in her in the first place

But she wasn't the one living with you in the first place despite the fact that she is the mother of your child
That was then but now, she is my wife for real. We stay togther and play together as husband and wife and she is the missing bone in my rib.

Have you run out of ideas as alleged by some people?

Doing stand- up comedy is totally out of my life but I'm still doing my things in my humble way.

I have done enough for my industry and this is the time to allow up -coming comedians enjoy in their own world because it is not good to be eating the goodies alone. And the point remains that I still do MC although not in shows that are known but at least, I'm getting my pay. Time has come to leave young boys eat from their sweat while we do our own thing.

My shows are coded, so, if you want my services, you must be prepared to pay my price. As the forerunner in this particular area of the industry, I have a responsibility to establish ethics.
What would you want to be remembered for?

I will say, I contributed a lot to my industry which a lot of people are now benefitting from.