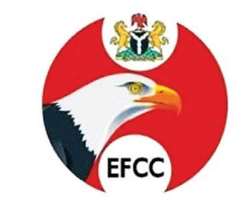 SAN FRANCISCO, September 24, (THEWILL) - President Goodluck Jonathan has assured prospective investors in Nigeria that they have nothing to fear about the possibility of losing their investments to advance fee fraud or any of the other related economic crimes as the country's Economic and Financial Crimes Commission, EFCC has brought such incidents to the barest minimum.

The president who gave the assurance at the just concluded Nigeria Investment Summit and Exhibition in New York, USA said the anti-graft agency has done excellently well in the discharge of its mandate and still breaking new grounds to cleanse the system and make it conducive for local and foreign investments to thrive.

This is coming even as the Chairman of the anti-graft agency, Mrs. Farida Waziri declared in her presentation at the summit organized on the sideline of the 66th United Nations General Assembly by the African Business Roundtable in conjunction with Nigeria's Mission in the UN, that the EFCC has successfully put in place relevant preventive measures to safeguard prospective investors from losing their investments to any fraudster.

While declaring that he is impressed with the performance of the EFCC so far, President Jonathan said, “our investors can rest assured that their investments are safe in Nigeria and fraudsters pose no threat again because the EFCC has almost eradicated the problem of advance fee fraud in our country.”

He said the Commission is also breaking new grounds in the investigation and prosecution of high profile graft cases, stressing that the major challenge of slow trial goes beyond the EFCC but an issue for the judiciary to tackle.

“A lot of people are impatient over some of these cases in court but not many of them understand that these things take time and that when EFCC files charges in court, it has done its bit and more than 50 percent is in the hands of the judiciary,” the president declared.

He further told the gathering made up of American, Asian, and European investors as well as Nigerians in the Diaspora that the activities of the anti-graft agency have been largely based on the rule of law resulting in reduction of the culture of impunity, adding that for the first time, politically exposed persons, PEPs, hitherto untouchable are being questioned/investigated and where necessary made to face justice.

In her presentation at the Summit where former British Prime Minister, Mr. Tony Blair presented the keynote paper, the EFCC boss said apart from ensuring that anyone no matter how highly placed who violates the Nigerian laws are investigated and made to face charges in court, many investors have been saved from losing billions of dollars to fraudsters through a preventive measure codenamed Transactions Clearing Platform, TCP among others. She listed some of the milestones already achieved to instill a culture of transparency, and accountability as well as attract needed direct foreign investment that will help rev and stimulate the Nigerian economy to its full capacity. They include:

• Creation of a robust online Transaction Clearing Platform (TCP) as a first line due diligence check for prospective investors on companies and individuals with whom they intend to do business in Nigeria. The Commission has so far received and responded to over 17000 requests from investors through which over 3 million foreigners had been saved from being defrauded in the proposed transactions worth over $12 billion dollars.

• A collaboration between EFCC and other major world Law Enforcement Agencies including the FBI/DOJ, MET Police, Netherlands Police, Australian Police etc. Under the umbrella of the International Mass Marketing Fraud Working Group (IMMFWG) to counter the activities of identity/Cyber thieves and other fraud stars.

• Another partnership entered with Microsoft to help track the menace of cyber crime through the deployment of appropriate technology-Operation Eagle Claw.

• Arrest and prosecution of PEPs and their collaborators for corruption and fraud including Multinationals and their senior officials from whom over $240 million has been recovered in the last few months.

• The arrest, prosecution and conviction of bank chief executives who contributed greatly to financial crises that bedeviled some of the banks that have recently been acquired. Almost $1.5 billion worth of assets was recovered from one of them whose case recently ended in conviction.

• Unprecedented number of criminal convictions and substantial assets worth over $9 billion recovered in the last three years.

• She concluded her presentation by calling for global partnership in a bid to make every part of the globe safe for investments and economic growth. She called for the support of the international community in Nigeria’s fight against corruption.

According to her, “the supply side of corruption (the givers) have a big role to play in dismantling safe heavens that provide facilities for laundering the proceeds of crime in their financial institutions. The damning 2010 report by the London based Global Witness chronicled how British Banks (HSBC, RBS, NATWEST and USB) facilitated corruption in Nigeria and Equatorial Guinea. The international investment Community must therefore stand up against this.

“The illegal oil bunkering in the Niger Delta with its attendant money laundering, militancy and instability, energy crises and price volatility is also a challenge which the international Community must pay special attention and interest. Nigeria needs the cooperation of the international community to fight corruption. Both the Supply side and demand side must be simultaneously addressed. Finally, it is important for investors to commit to and implement best international practices by signing into some of the key international instruments guiding business ethics.”

Others who spoke at the colourful and well attended Summit which has as its theme “Nigeria in the Global Economic System: Taking Nigeria to the world and bringing the world to Nigeria”, aside President Jonathan, Rt Hon. Tony Blair and Waziri include Alhaji Bamanga Tukur (President, ABR), Mrs. Diezani Allison-Madueke (Petroleum Minister), Prof Bart Nnaji (Energy Minister), Olugbenga Ashiru (Foreign Affairs Minister), Prof Joy Ogwu, Frank Nweke Jnr. among others.