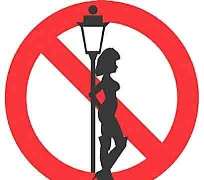 It is becoming a fad. I mean kid prostitution. This once ugly trade is becoming a culture among many Nigerian populaces. They may call themselves liberals, but it is immodest to the conservatives.

Hardly would anybody believe that a kid could become a sex worker, let a lone, being sent to such heinous trade by parents to keep the family treasury up. But we have seen and read such reports on the newspapers.

Many reports have been made on this issue but it seemed that they are not informative enough to bar our people from committing their innocent teenagers to engage in child prostitution. The more we comment, the increase of kid prostitution increases.

Some people may hold the dwindling economic situation in the country as the culprit, but that may be false, because the smell of the billy-goat is right inside the marrow and not on the hairs. Some people are just crude and cruel. Imagine incest!

Many parents are not even worried of where their kid children are coming back from late in the night or in the morning, because the parents are enticed by the 'gift' of money the children come home with. Stupidity is seen than heard!

The acme kid prostitution has gotten in our country is at a crying point. The brothels and roads are no longer occupied by the adult sex-workers as was the story before, but the little kids. Though, I may say that this ugly incident is a social melancholy.

The resultant of this phenomenon is the trouble it has pushed morality in Nigeria to: to the soil. I think those who engage in this ugly business are just lazy. We must not hold every cruel habits exhibited by Nigerians to the dearth of job opportunities the country is facing or on the shamefaced economic situation. We cannot say that because the governments for years have bastardized our economy, so we have to be bastards. No!

The most annoying side of it is that most husbands even send their wives out to sell their bodies for family up keep. Very bad! The story of some father sleeping their daughters is no longer news.

As parents, we must provide food for our children. The number of children a family should have has to be minimal. Children should be taught something positive that would help them in life.

I don't think that everything is all about going to the university. This is good where there is enough money. But where the family cannot afford their children with sound formal education, they should direct them to learn something meaningful; and not engage them into sex-work as a quick means to evade responsibility. Parents should not always leave their under aged children to their fates because of work.

Kid prostitution begins when the children are left to that “uncle' or 'aunt' at home, while the parents are off to work. You don't know what they do with your children before you come back from work.

Today, some Relief Home are aiding these children to conceive because the Relief Homes are ever there to assist them deliver their children. This is in a case the child's parents are hostile. Sometimes, the Relief Homes sell the child. Relief Home indeed! When did our country burgeon to this seemingly irreparable level?

Those patronizing the kid prostitutes should desist. While Church is gaining ground everywhere in Nigeria, one wonders the rate with which the prevalence of kid prostitution and immorality in Nigeria has skyrocketed.

Immorality has become another religion in Nigeria. People no longer blink about the level of misplaced values in the country. Our forefathers who are today castigated for worshiping, not the God of Israel by the Christian biased fanatics, in earnest held high moral values than we can sense in any living person today. Why are we backwards?

People should desist from prostitution no matter how dignified in any sense many people see it as today. This is terrible. The wives and children of the poor are most eager, forced or deceived into getting involved.

Not only is this act illegal, it is immoral and amoral. Female and male children should be warned. There is no satisfying of the sexual desire in this trade. Nigerians knew most of the brothels where the kids are harboured or go to perform the ugly act. They should be exposed and the appropriate authorities bringing justice to be seen.

It is criminal when conk people say, “The younger, the sweeter.” This could be the reason even most married men and women are going for the younger ones. For what? Hogwash. There is nothing specially different between the aged woman or man and vis-à-vis.

Please, let people not find pleasure in turning teenage children into prostitutes. Be it straight prostitution, lesbianism or homosexuality. They are criminal and stupid and arrant nonsense.