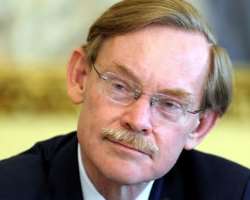 “At the heart of President Aquino’s policies is a belief in the power of citizens to hold their government accountable, and that this makes for better governance and a more just society. Under his leadership, the community-driven development program, which has provided poor Filipinos a voice in the development process, is set to become a national program,” said Zoellick, introducing Aquino to speak about reforms, good governance, and poverty reduction during the Annual Meetings of the World Bank and the International Monetary Fund.

Under the Aquino Administration, the Philippines has seen extensive reforms in its budget management process, such as enhancing transparency and calling on more civil society participation. Other reforms include the governance of state enterprises and strengthening anti-corruption authorities of the Philippines: the Supreme Audit Institution and the Ombudsman.

“Later this year, I am hoping to visit the Philippines, and I look forward to learning from some of the reforms President Aquino has put in place to improve governance and transparency,” Zoellick said.

In his speech, delivered to around 300 people, Aquino said that honest and transparent budgeting has reduced waste and discretionary spending and opportunities for corruption, so more money for higher social spending−including education, health, and social protection−is available for the poor.

“We are spending significant sums to provide basic healthcare services to the poor. We are also working to widen access to education, and to ensure that this education is of good quality,” said Aquino, highlighting that social services will take up 31.7 percent or nearly a third of Philippines’ national budget in 2012. He said his government is also expanding the conditional cash transfer program that provides stipends to poor families to keep their children in school and seek health care.

“Governing with integrity, with transparency, and with accountability not only heals a national psyche that has long been characterized by cynicism and mistrust of government. It also provides the foundation for equitable progress. Good governance is good economics,” said Aquino.

Aquino said that his Administration has adopted a “zero-based budgeting process” that evaluates the effectiveness of government programs. Programs that are not delivering the desired results are eliminated and effective programs get increased funding, he said.

“Good governance is at the center of my country’s socioeconomic strategy, and the people are at the center of good governance. Their vigilance, their constant and adamant participation in public discourse, the strength they lend my administration as we dismantle the many obstacles−these, ultimately, are what fuels us on the straight and righteous path toward equitable progress,” Aquino said.

The continuing reforms have also earned the Philippines four credit rating upgrades over the past 15 months and a 10-point jump in the rankings of the World Economic Forum Global Competitiveness Report.

As a result, the country has seen significant commitments in foreign direct investments.

“These foreign investments, and the equally important investments coming from domestic sources, are in large part responsible for the jobs that have been created in the Philippines”, Aquino said.

Underlying his Administration’s economic strategy is a continuing campaign to fight corruption. Ending corruption means not only cleaning up the system, but holding accountable those who have done injustice to the Filipino people, he said.

“Without accountability, there will be no certainty that others will not follow in the footsteps of those who have wronged our people,” said Aquino. “Without accountability, the entrenched culture of impunity will remain, the corrupt will continue to flourish and steal, and the atmosphere of doubt and mistrust will continue to linger even as we rebuild our institutions.”