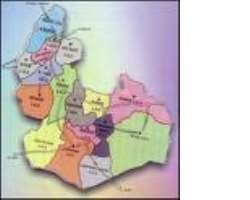 By Isa Abdulsalam
The Human Rights Watch yesterday urged the Plateau State Judicial Commission of Inquiry to investigate and prosecute members of the security forces responsible for the alleged killing of more than 130 people in Jos in November last year.

The human rights body testified before the commission yesterday in Jos, the capital of Plateau State, where on November 28 to 29, 2008, sectarian violence between Moslem and Christian mobs left hundreds dead.

During the testimony, Researcher, Eric Guttschuss, recounted chilling accounts of policemen and soldiers gunning down unarmed citizens in their homes, chasing and killing men trying to flee to safety, and lining victims up on the ground and summarily executing them. Human Rights Watch conducted on-the-ground research in Jos in the immediate aftermath of the violence and in February 2009.

They were among the six persons and organisations billed to appear yesterday based on invitations extended to them as a result of "facts made against them" by various witnesses that have so far appeared before the panel.

The Judicial Commission of Inquiry was set up by the Plateau State government to look into the causes of the Jos violence and to identify the individuals or groups responsible. The Federal Government has also established a Presidential Panel of Investigation, which is yet to hold hearings after repeated delays.

"At least 130 men were killed by members of the very institutions charged with protecting them," said Corinne Dufka, senior West Africa researcher at Human Rights Watch. "These investigative bodies owe it to the victims and their families to conduct a thorough and impartial investigation into these extremely serious allegations," he said.

Human Rights Watch found that while most of the deadly inter-communal clashes took place on November 28, the vast majority of killings by the police and military came on November 29, the day that the Plateau State governor, Jonah Jang, issued a "shoot-on-sight" directive to the security forces. Human Rights Watch documented 118 cases of alleged arbitrary killings by the security forces that took place between 7 a.m. and 1 p.m. on November 29 alone.

The majority of killings documented by Human Rights Watch were allegedly committed by the Nigeria Police. In 15 separate incidents of arbitrary killings by the police, at least 74 men and boys, all but two of them Moslems, were killed. The vast majority of police killings were perpetrated by the anti-riot Police Mobile Force, commonly referred to as the mobile police or MOPOL.

The rights body also documented eight incidents involving the alleged arbitrary killing of 59 men by the military. According to witnesses, all of these victims were Moslem men, most were young, and nearly all were unarmed at the time they were killed. Human Rights Watch believes the actual number of arbitrary killings by security forces may be substantially higher than these figures.

Human Rights Watch further urged the Federal Government to address the root causes of the violence, including by passing nationwide legislation banning all forms of discrimination against "non-indigenes" with respect to any matter not directly related to traditional leadership institutions or other purely cultural matters. "Non-indigenes" are loosely defined as those who cannot trace their ancestry to what are said to be the original inhabitants of a particular area.

"The government should consider the sectarian killings in Jos as a wake-up call to address the longstanding problems of discrimination and inequality that in large part underpin and contribute to this kind of violence," Dufka said.