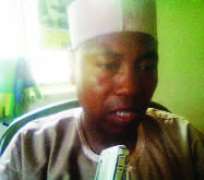 Fugu
A dramatic and dangerous dimension was yesterday introduced into the Boko Haram saga as brother-in-law to Mohammed Yusuf, the slain leader of the Islamic fundamentalist sect, Babakura Alhaji Fugu, who received ex-President Olusegun Obasanjo during his private visit to Maiduguri last Thursday, was killed by unknown gunmen.

Sunday Sun gathered that the 45-year-old Fugu was killed about 1.30 pm by gunmen suspected to be Boko Haram members.

Sources said the gunmen stormed the home of the Fugus located along the Railway Road, adjacent the sect's enclave, and fired some shots in the presence of few family members and fled immediately.

Spokesman to the Joint Task Force (JTF), Lt Colonel Hassan Ifijeh Mohammed, confirmed the killing but said he could not give detail.

'I have heard it like every other person but I have not got official report. So I cannot give you any detail,' he told Sunday Sun.

Babakura, who was head of the Fugu family, had dragged the Borno State government, the Attorney General of the Federation and the Inspector-General of Police before the court over the alleged extra-judicial killing of his 70-year-old father, Alhaji Fugu Mohammed, the father-in-law to Mohammed Yusuf during the July 2009 Boko Haram insurgence.

He had maintained that his father did not commit any offence, insisting that his killing was jungle justice.

Commenting on the matter in an exclusive interview with Sunday Sun on Friday evening, which ultimately turned out to be his last interview before he was killed 24 hours later, Babakura alleged insincerity on the part of the defendants – the Borno State government, IGP and the Attorney General of the Federation.

'The High Court has ruled that they should pay compensation to our family for extra-judicially killing our father. They were also asked to apologize publicly for their misdeed and then release the corpse of our father for decent burial. But rather than allow the issue to end, they headed for the appeal court. Our lawyers and their counsel have exchanged briefs and the case is coming up on Monday (September 19) in Jos.'

Unknown to him, his assailants were already on his trail.

Babakura Fugu's last moment
What he told Sunday Sun hours before his death
Thirty-six hours before death came calling, Babakura Fugu welcomed our correspondent into his home. The time was 4.30pm on Friday. He revealed what ex-President Olusegun Obasanjo discussed with the family during his four-minute 'private visit' to the Fugus family on Thursday in Maiduguri. Excerpts…

Obasanjo was very free and friendly with us
Yes, the former president came to our house and told us he was in Maiduguri because of us and that his visit was a private one. The man arrived our family house at Railway road, adjacent the Boko Haram demolished headquarters about 12.40 pm, in the company of one Ibrahim Shehu from the National Human Rights Commission and a few security personnel.  Obasanjo chatted with us freely. He was very friendly and he didn't even behave like a big man.

He said he came to condole (with) us or sympathize with us and to know our problem, probably to find a lasting solution to the Boko Haram crisis.  He said what happened in July was not good. I mean the killing of our father, Alhaji Baba Fugu Mohammed. He felt so sorry and said he had come to hear from us our problem and forward it to Mr President for consideration.

He also said he saw us in a very critical condition where wives, children and the entire family are packed and compelled to live in a small accommodation after our family house was demolished by soldiers in 2009, because my father was the father-in-law to Mohammed Yusuf, the Boko Haram leader. We on the other hand related our problems to him because he told us to be free with him.

We expressed our concern about the court judgment that directed the government to pay compensation to us and release the corpse of our father, who was extra-judicially murdered by the police during the 2009 Boko Haram insurgence.

No official of the federal or state government accompanied Obasanjo and we are thankful to him for the visit. No personality either from the state or at the national level has ever visited us or shared from our grief since 2009.

Our family stigmatized
Our family has also been stigmatized by the society. We don't why the Fugu's family has to bear the brunt of the Boko Haram insurgence, which was caused by the failure of government to address social problems and curtail the challenges at the initial stage.