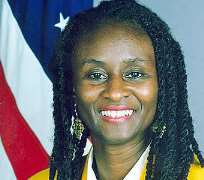 Most Nigerians have always known that their country is a mess. Now, thanks to a series of astonishing revelations by Wikileaks, we have a clearer sense of how troubled, and troubling, is the misadventure called Nigeria.

Nigeria is that country where anything too shocking to be true is almost always true. You hear about Nigerian presidents and governors stealing public funds like common criminals, and you want to swear that this can’t be true. It’s true. You hear about the country’s attorney general hoping into bed with some of the nation’s most inveterate embezzlers, and you want to disbelieve. Believe, brother: it’s true. There are rumors that judges and justices accept lucre and sell their verdicts to the highest bidder. You want to protest fiercely that, surely, members of the bench are made of sterner moral stuff. No, some of them are indeed worse than those unemployed hordes who haunt cyber cafes where they spend countless hours sending scam e-mails to addresses around the world.

Nigeria is a thoroughly whipped, Wikileaked nation. With recent publications of cables sent to Washington, DC by US diplomats, Nigerians can now reckon, not with the fact that most of their rulers are fools (any Nigerian who didn’t know that before now had to be willfully blind, an ostrich), but with how pervasive is the treachery by the politicians. Some of us have always suggested that, with the exception of a few good men and women, criminals run (and ruin) Nigeria. If a foreign nation determined to torpedo Nigeria had put a certified band of destroyers to the job, they would scarcely have done a more devastatingly effective job than the crop of so-called Nigerian leaders.

From the Wikileaks cables, we learn a few disturbing things about Nigeria. One is that too many Nigerian “leaders” have little or no sense of pride – and little or no facility for telling a straight, consistent story.

As the chairman of the Economic and Financial Crimes Commission, Nuhu Ribadu was loudly proclaiming to the world that his agency had given former President Olusegun Obasanjo a thorough look-over, and found him squeaky clean. Yet, the same Mr. Ribadu, after eating food at the American ambassador’s home, sat down and sang a different song – for more than four hours! In fact, part of the gist of his narrative to the ambassador (as revealed in a leaked cable) is that he believed corruption to be more extensive and rampant during Mr. Obasanjo’s watch than during the regime of ex-military dictator Sani Abacha. The difference, as Mr. Ribadu confided in the Americans, was that Mr. Obasanjo was astute at covering his tracks.

We learn, besides, that Nigerian officials apparently regarded American officials, including junior political officers, as Father Confessors. That Nigeria’s high and mighty felt drawn to tattle to U.S. agents about other Nigerian officials’ scandals bespeaks a terrible dependency complex. That so many highly placed Nigerians could so easily unburden themselves to officials of a foreign country illuminates the state of mind of those who presume to run our country. They are, at bottom, errand boys, willing to jump – asking merely how high – at the merest instruction from their American supervisors.

We must ask: if these Nigerian “babies” were spilling so many stories to U.S. officials, what else did they tell their British or French or Canadian or German or Chinese babysitters? It’s instructive that a lot of Nigerians were willing to tell foreigners elaborate stories about their fellow’s corruption – whether it be the sums paid to justices to rubberstamp manifestly rigged presidential polls, or inflated contracts funneled to siblings or fronts. Yet, these same bearers of tales never muster the courage to speak directly to Nigerians about the many traitorous deeds committed they know about.

Here’s another concern: How come, with all that information at their disposal, U.S. officials did not move more aggressively against the worst of Nigeria’s officials? Why did American officials wait until Michael Aondoakaa was no longer attorney general – an office he debased – before they revoked his visa privileges into the U.S.? Why gather all that lurid information about corruption in Nigeria if you would not impose sanctions on some of the worst offenders?

Yet another lesson: Nigeria’s infrastructural woes may well be the least of the country’s crises. Yes, Nigeria is a space where electric power is had only when the PHCN momentarily forgets that its business is to switch off power; where cities are so bereft of conveniences that millions of citizens are compelled to defecate and urinate in public; where the health care “system” is two-pronged – the wealthy few fly abroad (to Ghana, South Africa, India, the U.K., the U.S, etc) for treatment whilst the wretched majority flocks to imams and pastors in desperate hope for miracles; where roads are in bad shape, and get worse each year.

But far greater in impact than these challenges of physical development is the fact that Nigerians cannot count on the most basic rights of citizenship. One of the most troubling diplomatic cables details a visit by former Chief Justice Muhammad Uwais to the American ambassador. According to the cable, Mr. Uwais – who at the time was heading a panel of the Supreme Court that reviewed the 2003 presidential election – reportedly revealed that he was under enormous pressure to validate the electoral outcome. He wanted American officials to take note – in the event that anything happened to him.

Why didn’t Mr. Uwais consider publicly disclosing his predicament at the time, and then resigning if he didn’t feel up to repelling the illicit pressures? At any rate, if a nation’s highest-ranking justice did not feel at liberty to discharge his constitutional mandate, then what are the odds of the Nigerian state securing the constitutional rights of some anonymous Okeke, Musa, Segun or Bassey?

My fear, sadly, is that Nigerians will treat the downpour of Wikileaks scandals as another political entertainment. Many of us are so inured to corruption that we are all too willing to shrug and await the next guaranteed-to-come tragedy dressed as comedy. It would be a terrible – even tragic – mistake to proceed in the usual manner.

In many other countries, just one of these torrents of Wikileaked scandals would be enough to touch off a firestorm that would upend many a political career. Nigeria’s labor leaders as well as professional bodies – notably, the Nigerian Bar Association – ought to give Mr. Goodluck Jonathan’s administration an ultimatum to thoroughly (and transparently) investigate and seriously prosecute those who have brought Nigeria to its knees. And if Mr. Jonathan fails to hearken to demands, labor leaders should be ready to call and sustain a nation-wide strike to force the government, for once, to take action. At a time when some states are still dithering on paying a minimum wage of N18,000, does it make sense that public officials who stole – and steal – millions of dollars are permitted to strut the stage, and even garlanded with national honors?

Beyond that, a clear message in all this mess is that Nigeria is still far from resembling a coherent polity. It is a form of incorporated chaos and confusion. It is gravely doubtful that Nigeria can ever be perfected into a nation through the evolutionary mechanics of periodic, deeply fraudulent elections. Nigerians, I am convinced now more than ever before, must have a free conversation regarding the desirability of maintaining the current sham called Nigeria. If Nigeria must continue to exist, then Nigerians ought to hammer out the terms of its existence, spelling out – among others – the nation’s goals and what it means to be a citizen.