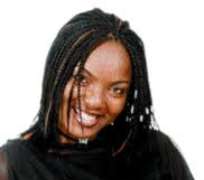 Celebrities have become more mainstream role models for teens as their images and lifestyles are normally splashed across television, movies,and magazines.

Teens choose public personas as role models, but there are no guarantees that a star will stick to a lifestyle that Teens can look up to -- or that parents will approve of.

Teens have always looked to celebrities as role models. Now that teens are immersed in the 24/7 media world at younger ages, these role models play an even bigger role.

Everywhere Teens turn, they see images and hear reports about their idols. And now that social sites like Twitter, Facebook, and YouTube allow celebrities a no-holds-barred way to communicate directly with their fans. Teens are often left alone to make sense of it all -- or they turn to their peers to figure out what's happening. The results aren't pretty.

With their every moves being recorded on camera (whether it be by the paparazzi or on the big screen), it's not surprising that celebrities become huge role models around the world.

We look up to these stars, and some of us make our fashion, relationship, and even life decisions based around these people.

Below, are stars that are scandal free and worthy to be emulated.

• Osita Iheme and Chinedu Ikediaze a.k.a Aki and PawPaw

Is there any name missing?