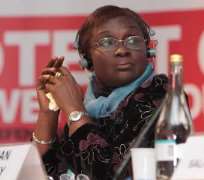 LIBYA, September 08, (THEWILL) –The Socio-Economic Rights and Accountability Project (SERAP) has asked the Chairperson of the African Commission on Human and Peoples’ Rights, Honourable Commissioner Reine Alapini- Gansou to ask the Libya’s National Transitional Council (NTC) to “immediately instruct all its agents to stop the continuing racist killing, victimization and persecution of Nigerians and other black Africans in Libya”.

The organization also asked the Commission to order the NTC “to guarantee and ensure the enjoyment of the rights to life and to equality and non-discrimination and their socio-economic rights to an adequate standard of living, pending this Commission’s decision.”

In a request for provisional measures dated 7 September 2011 and signed by Solicitor to SERAP, Mr Femi Falana, the organization asked the African Commission to “urgently invoke Article 111 (Rule of Procedure) to prevent further risk of continuing irreversible denial of the victims’ rights, which in turn will render nugatory the provisions of the African Charter on Human and Peoples’ Rights and the potential decision by the Commission in this case”

The organization expressed “serious concern that the NTC (the new Libyan authorities) are failing to live up to its international obligations. In part, this reflects a failure to identify racist, discriminatory and unlawful killing as a serious issue.”

“Yet, the African Charter on Human and Peoples’ Rights requires all state parties including Libya to ensure to all persons their fundamental rights without distinction of any kind, including race, language, religion, national origin, or other status, the organization added.

According to the organization, “The NTC has a positive obligation to prevent and punish human rights abuse by its agents or private actors. But the NTC is permitting or failing to take appropriate measures or to exercise due diligence to prevent, punish, investigate or redress the harm caused by the unlawful killing of Nigerians and other black Africans.”

“Indeed, in the instant case, SERAP argues that the NTC has the additional duty to take all reasonable steps to unmask any racist motive and to establish whether or not ethnic hatred or prejudice may have helped play a role in the events highlighted above. Failing to do so and treating racially induced killing and brutality on an equal footing with cases that do not have racist overtones would be to turn a blind eye to the specific nature of acts that are particularly destructive of fundamental rights,” the organization also said.

According to the organization, “the continuing arbitrary and unlawful killing, victimization and persecution of innocent Nigerians and other black Africans in Libya by the agents of the NTC constitute a fundamental breach of Libya’s obligations under the African Charter on Human and Peoples’ Rights, in particular the right to life, and equality and –non-discrimination.

The organization also argued that, “international human rights law imposes clear obligations on states to undertake effective measures to prevent racist and arbitrary killing and other human rights violations (the duty to protect), and to vigorously investigate and prosecute perpetrators (the duty to provide an effective remedy). Authorities should, in addition, publicly and unequivocally condemn such killing, in order to reiterate that the unlawful killing of innocent people is unacceptable, and express support for those at risk.”

The request for provisional measures was submitted in conjunction with SERAP’s communication to the African Commission. The organization also asked the Commission to order the Libyan authorities to: “Give assurances for the safety and security of all Nigerians and other black Africans currently facing victimization and persecution in the hands of the agents of the NTC in Libya. The Libyan authorities should also give assurances that they will fully implement Libya’s obligations under the African Charter on Human and Peoples’ Rights.

“Affirm the government’s repudiation of racism and discrimination. Publicly and unequivocally condemn instances of racist and targeted attacks and killing of Nigerians and other black Africans in Libya.

“Develop and finance a national strategy on combating racism and discrimination that sets out concrete measures and a timetable for implementation, and designates the government institution responsible for monitoring implementation”