Polarizing Positions/Pronouncements of the Sultan of Sokoto 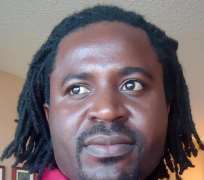 In most societies around the globe it is routine and customary to approach the traditional rulers and/or religious heads in times of tranquility, equilibrium, and upheavals. Our traditional rulers are the designated authority figures that are saddled with the responsibilities of promoting harmony and fairness to ensure the survival and communality of peoples. Though, many of these custodians of societies have woefully failed us in the African continent, among the traditional and religious rulers in northern Nigeria there is none as important as the Sultan of Sokoto. Alhaji Muhammad Sa'ad Abubakar III occupies a unique role in the polity of the United Nations of Nigerian. The Sultan of Sokoto and President General of the Jamatul Nasril Islam (JNI), is the dual head of the northern Nigeria traditional rulers and the spiritual leader of Nigerian Muslims.

Consequently, we need to scrutinize Brigadier General Sa'ad Abubakar the heir of the Islamic caliphate and a member of the Northern Military Industrial Complex (NMIC). The investigation of Alhaji Abubakar is necessitated by his pronouncements on critical issues that are at the epic center of the fluctuating unity in the United Nations of Nigeria. The Sultan has been credited with some polarizing positions that demand objective analysis by Nigerians at home and abroad on the continued entity of the Nigerian nation. For example, in the Nigeriaworld.com news article titled “Abuja: 2 Suspects arrested in UN HQ bombing” although the Sultan was identified as a moderate, his statement if quoted right is an eye opener to the mindset of the Nigerian extremist Muslims. The article cited the Sultan of Sokoto Muhammad Sa'ad Abubakar III as saying “We should not allow our enemies to cause us to commit acts prohibited by our religion and the perpetrators should desist from such acts and rather seek for avenues of dialogues with the leaders on the problems confronting the nation.”

At first glimpse this statement reads like a rational admonition to the Boko Haram zealots but on second take we are forced to ask, who the 'we' represents and who the 'enemies' represents. The importances of these characterizations are made all the more pertinent when we understand that Boko Haram and their sponsors -some northern Nigeria elites and Al-Qaeda in the Maghreb have declared war on the United Nations of Nigeria. Does the Sultan of Sokoto view moderate Muslims, Christians, southerners, and African traditionalist as the enemies that cause the extremists to commit discriminate and indiscriminate carnages? What about the classical notion of blaming the victims for villains committing acts prohibited by their religion. What side if we may respectfully ask is the leader of northern traditional rulers and leader of the Nigerian Muslims identified with? Is he part of the “We” in the aforementioned statement attributed to him?

Besides, this will not be the first episode of controversy by Alhaji Muhammad Sa'ad Abubakar III who recently addressed the Islamic banking issue with these thought provoking questions. “So many people have said so many things about Islamic banking . . . . Why is it that whenever anything Muslim is mentioned, it is equated with violence?” Why is it that anybody who is not a Muslim is afraid of [religion of] peace?” The answers to these probes reside in the sayings and songs of our national hero Majek Fashek who sang “Religion Na Politics” and urged us to unite and build the country. The facts are that some northern Nigerian elites have skillfully used religion as a wedge issue to divide Nigeria, in trying to deceive fellow northerners, and the rest of us about their absolute failures at the helms of power.

Religion is the gift that keeps on giving to the northern elites who have decimated the country and have little to show for close to 40years of so-called stewardship in the United Nations of Nigeria. Thus it is no surprise when issues like Sharia law, Islamic banking, and Boko Haram are conveniently introduced to extort the nation whenever non-Muslims are occupying the presidency. These are some of the reasons why many Nigerians are fed-up by these bullying tactics of the predominately Hausa and Fulani northern Nigerians. Other explanations to the Sultan of Sokoto's thought provoking queries are the evolution of some northern Nigerians as international terrorist and suicide bombers. Even the most cynical Nigerian and African could not have dreamt of the day Nigerians will be perceived as potential suicide bombers. Many members of the United Nations of Nigeria relive the trauma of December 25th, 2009 each time they attempt to board a plane because of the attempted bombing by Nigeria's own Mr. Umar Farouk Abdulmutallab. We are all now considered to be potential underwear bombers irrespective of our religions, economic status, and non-affiliations with Muslim extremists.

As much as the Sultan of Sokoto is seeking justice for members of the Muslim Ummah in Nigeria, we request that as a national elder, he should broaden his quest for justice to encompass every member of the United Nations of Nigeria. His focus on extra judicial killings should not be limited to Boko Haram insurgents. Indeed in other write-ups some of us progressives have questioned the killing of the leader of Boko Haram, Mr. Ustaz Mohammed Yusuf by the President Umaru Musa Yar'Adua administration. While most of us belief that Alhaji Yusuf was killed to silence his links to some northern elites, this does not exonerate the present Boko Haram soldiers who have declared war against the nation. Where is the Sultan's outrage on the tens of thousands that have been massacred due to sectarian and religious violence by Muslim extremists? Surely the Sultan must comprehend that the facts do contradict his notions that non-Muslims are intimidating Muslims. Instead this time around other nations in the entity called Nigeria are determined to resist the perennial intimidation and sabotage of the Hausa and Fulani hegemony.

Therefore the Sultan of Sokoto needs to decide between being his own man like he declared upon his elevation to his current position and being a puppet in the hands of the NMIC. As a man who commanded Nigerian peacekeeping missions in Chad and Sierra Leone, the Sultan is now called upon to decide between war and peace, destroying or developing. Is he still going to receive commands from the same selfish northern elitist military and political class that have done more harm to the north and the United Nations of Nigeria? Sultan are you going to adhere to the likes of Dictator Ibrahim Babangida (your reported mentor) and Alhaji Adamu Ciroma who have embezzled our nation funds for years and only cared about themselves and a select few instead of the totality of our populations.

As a national leader is the Sultan going to center the discussions/fights on seeking the delusional birthright of the north “The Nigerian Presidency” or is he going to fight for the betterment of regular children, women, and men in northern Nigeria and all over Nigeria who seek transparency in government. If there is one thing the election of President Goodluck Jonathan has revealed, is that others nations in the country can effectively ostracize the core northern Nigeria with their votes from the presidency for the next 24-32 years if their continuous threats and belligerences continues. The Sultan maybe wise to concentrate on building effective local and state wide leadership in the north that will actually serve the people. Let his major strategies concentrate on redressing the derogation of duties in the state and local governments. We are seeing that states like Bauchi, Borno, and Abia would yield more democratic dividends if their administrators are more responsible to their residents. The truth of the matter is that the Presidency is not the key to successful leadership instead good governance and accountability are the keys for a better tomorrow.

Dedicated to the Victims and Survivals of Religious and Ethnic violence and their Families.