Why I Left My Bank Job For Comedy -Ushbebe 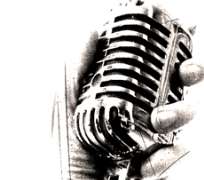 Fast rising music and comedy act, Justice Nuagbe (Ushbebe), has been in the business of entertaining people since his school days. In this interview with REPORTER, Ovwe Medeme, he talks on his experiences in the entertainment industry, what endears him to his fans and his agenda for the future. Excerpts:

How did comedy start for you?

Some will tell you that they are born with it others will say they learnt it, while others will say they grew up with it. I believe I am in the category of those that grew up with it. I have a very funny father. My dad is in the army and you know soldiers have a very high sense of humour. I have always been a very happy person so I'll say it started from when I was not aware until I got to school. I attended Delta State University.

Professionally, when did you start comedy?

Professionally, for me, it started after my National Youths Service Corps (NYSC) though I was performing in shows while in school. I remember, during my service year, I did stand-up comedy for 21 nights in Ibadan. I actually started big shows in 2006. That was after my NYSC scheme.

Basically I still see myself as a pretending professional because most people see me as a very funny person but they don't know I've gone into stand-up comedy, but when they see me performing on stage, they become surprised. For me it has been an experience because I resigned my job as a banker about a year ago to go full time into entertainment, which has to do with building my career. Even while working in the bank, I was performing at weddings and other events for people. I wasn't really feeling it because as a theatre artiste I want to do what I am used to. It has been building.

What has been your biggest moment?

As for comedy shows, I have not really launched myself into big time. Before now, I did my shows myself. I have always been known as a show promoter even while in school. I have been learning the trade of what I know to package myself better. My first expository performance on stand-up comedy was when I performed in the show Stand Up Nigeria. I've been there on two occasions. I thank God because those two occasions were bumper packages. I did so well the first time that the organisers invited me for second show.

Aside comedy, what else are you into?

Aside comedy, my first love is music. I had a group I chaired while in secondary school. I have a debut album. I am trying to re-launch my musical career. I am already working in the studio presently. I also present a radio programme alongside AY every Friday at 6a.m. on Rhythm 93.7.

Can you talk more about your album?

I have an album titled Case 2 Fame. It is a nine-track album. It is massively aired in Wazobia FM because my friend, Yaw, loves the contents of the album. The musical album has nice hit tracks like Na 2day, Na Ur Luv and Case 2 Fame. I actually stopped the promotion because I had to do tours in two North American states. The people who were supposed to arrange the tour were not serious so I had to rest the album. I sold most of the copies because I marketed them myself for some reasons.

How successful was the album commercially?

The personal marketing was very successful because it is not very easy to make an album of a certain quantity and sell above average especially when there is no other person helping you. I raised most of the funds I needed to take care of some other things from the album launch where people like AY, Bovi, Yaw, Seyi Law, Elenu and some of my friends from the United States and Puerto Rico were present. The thing is that there was no serious publicity of that work. I am trying to work on all that now that I am no longer a banker. I now have the time I didn't have then. Presently I am working on two tracks, one of which is dedicated to my late mother. I lost her in December last year. She was my greatest motivator. Most times when I went for shows, she always called me before and after I mounted the stage. To lose somebody like that is a very painful thing. To make her proud, I really want to come back really strong and make things happen.

What projects do you have lined up for the remaining part of this year?

I will be hitting into the comedy industry in a very loud manner this year. I also intend to release three tracks that will make statements. I am really working at making these things happen. I am making headway in my career as a comedian considering the fact that I have done jobs for multinational companies and they are buying back into the brand. I am working towards getting to my peak but first of all, I have to do the work of a disciple. I am actually running my discipleship under AY. We have a very long and mighty history.

You talked about a radio show earlier. Can you throw more light on it?

The radio show is actually AY's programme called AY Live on the Morning Drive. I am actually a character with AY. It is a very interesting show through which AY is reaching out to his audience on another platform. People have been seeing him on TV but this time around, they get to hear his voice on radio to know what he sounds like. There is another voice that is always with him on radio and that is Ushbebe. I am always there to cap up, remind or do one and two stuffs with him on radio. It's like a tablet, when you try it, you will enjoy it.

What has been the experience being in the entertainment industry?

I'd like to say that the industry has been my lifestyle. As a theatre art student, I had learnt the ropes of mastering entertainment. It did not just start for me here. It started in school when I was working with Corporate World Entertainment, an entertainment outfit owned by AY. Leaving banking for entertainment is a continuum in the sense that I am coming to continue from where I left off as an undergraduate. Now that I am becoming established, there are so many things that I didn't know about the industry, which I know now.

What is that thing in you that endears you to your fans?

I think it is the playful nature in me, which I guess also has to do with the spontaneous nature of my jokes. Most times when I give jokes on stage, I don't give the regular composed jokes but I hit on people there and they enjoy it. If you can tease people and they enjoy it, it is a sign that these people are buying into your character. Besides, if you can go for event once and impress your fans to the extent that they call you back and even recommend you to other people, it is a sign that by the time you will blow, it will be designed and orchestrated by God and may be mother luck working for you somewhere.

You talked about your father influencing your career can you give us an insight into your family background?

My name is Justice Nuagbe but I am known in the entertainment circles as Ushbebe. I am actually from a polygamous family. My father has what we call "double-deck" wives. That means he has two wives. He is an Urhobo man from Aladja, to be precise. He is a very lively person that when you meet him for the first time, you will be struck by the kind of aura around him. Growing up under him makes me see life on a jollier note. As a kid, I talked a lot. I was hoping to become a Barrister. I turned out to be a theatre artiste. My father influenced me in a big way in the sense that the atmosphere in which I grew up was one that can be described as a joke affair. My house is like the Fuji House of commotion.

How far do you intend going with entertainment?

Let me not tell a lie, I am not the boasting type but I want you to understand that the journey is no longer distant. Getting to that peak is no longer very far. Like AY will say, I am the next to hit on the corporate hit squad. By God's grace and his divine orchestration and human desire, I am very close to reaching that peak of explosion.