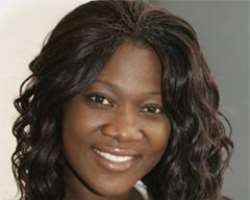 The much-publicised maiden edition of City People Entertainment Awards, which was held at Valley View Hall, Government House, Abeokuta, on Sunday, has come and gone. But for movie personalities like Mercy Johnson and Emem Isong, it was more than a warm honour.

http://nollywoodgists.com gathered that the winners were nominated and voted for by members of the public through text messages.