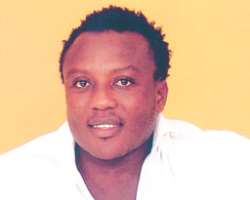 This surely is not the best of times for controversial Fuji music act, Saheed Osupa. The multi-talented musician, who has been in the news in the last couple of months over the 'kingship' of Fuji music, has once again found himself on the wrong side of history.

The story, which began like a rumour few weeks back that Osupa was having an illicit relationship with an Ibadan-based housewife, has snowballed onto the next level. While the musician tried to rationalize his relationship with the housewife by claiming she was an old flame, latest news from the ancient city has confirmed that the woman has developed a protruding belly, courtesy of the persistent acts with the Ibadan-born musician.

Fuji music lovers and fans of the musician are however worried about the fate of the other women in the life of the young man. A concerned fan, who pleaded anonymity, expressed concern over the continued controversial life style of the Fuji act. “I am really worried about how these guys are living their lives. Why do they revel in jumping from one controversy to another?”

However, if Osupa's past is anything to go by, this is most likely not going to be the last controversy about the Fuji musician who is fast proving to be a chip-off-the-old block of his predecessors in the music profession.