Power Show: How Gov. Ibrahim Shekaru wields power over life and death in the name of "Sharia" 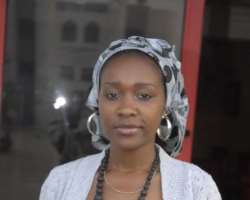 Years back, when the late Fela Anikulapo Kuti sang "Power Show", which became one of his famous tracks, little did he know that the phenomenon would be one of the recurring issues in contemporary Nigeria. Only a few days ago, Governor Ibrahim Sheakarau of Kano State bared his fangs as he stopped "City People magazine" from hosting a programme meant to honour one of the leading fashion designers in the state, Zainab Hamza.

Although it was an opportunity for Zainab to exhibit her latest collections, the event was stopped just as it was about to begin by agents of the state governor who threatened that the venue would be set "on fire" if the organisers did not pack up and leave.  The setting was the Royal Tropicana Hotel in Kano. The timing was about 8.00pm. Guests had started arriving as early as 7.00pm for the event which was already running behind schedule as the hall was already half filled.  The organizers had intended the programme to be the biggest fashion show in Kano and the talk of the town for months to come.

Earlier, and for over six hours, City People staff, in the company of lady Zainab, who is the daughter of a former military Governor, AVM Hamza Abdullahi, had been at the venue assessing the arrangements that had been made to ensure such an outcome. But it was a dream that never came true as agents of the governor arrived and made their intentions known.

City People, the organizers of the show, protested the fact that they had had six weeks of publicity and the guests were already arriving and that Shekaru and his agents could have given enough notice since they knew all along that the event was taking place. The organizers further pointed out that the honoree was an indigene of Kano who had held various fashion shows in the city, and who respected Sharia principles.

But Shekarau was not convinced. Calls were put through to top officials of the Nigerian police in the state. They initially claimed ignorance of the actions of the governor's agents. Later they gave a hint that if it had to do with Sharia, there was no way they would be involved as the local Sharia policemen, "Hisbah" as they are called, are a law unto themselves. The senior police officer even referred to the day's newspapers where they had accused the Hisbah of disobeying court orders and of constituting a nuisance, stressing that there was no way anyone could win.
The

Organizers continued to plead, and to press buttons to see if anyone could appeal to the powerful governor. The hotel management disclosed that it was quite obvious that the hotel might have been targeted since a wedding reception was aborted there a few days prior. Some people also disclosed that the Hisbah, which is the Governor's private army, have become a law unto themselves and that people hire them to bring vengeance on their opponents.

Kano's
Despite the drizzle that evening, the guests had to go leave in the rains as there was palpable tension. Some dangerous looking young men were already gathering near the Royal Tropicana premises, and nearby, and those who knew Kano feared that all was not well.

It was undoubtedly another wasted opportunity for Kano State which is gradually slipping into anarchy. A large number of the over three hundred guests who had arrived before the show was aborted were expatriates who claimed to have been bored stiff by the lack of social activities in the city. They all went home worried and disappointed.  Kano presents one of the few enigmas that Nigeria has become.

Such events as fashion shows, age-group meetings and social gatherings are frowned upon in the name of the Sharia. Unknown to many of those who are being used to fight these wars, the countries of the Middle East, where Sharia was the norm before it was introduced into Nigeria, allow for fashion events. Paradoxically, Kano practices Sharia, yet people freely display and drink alcohol on the streets.  Stories abound of top government functionaries committing abominable acts like impregnating underaged girls and hurriedly marrying them or sending them abroad so that no one can confirm when they put to bed are common place here.   According to United Nationsstatistics, six out of 10 youths in Kano have tasted hard drugs either in form of lizard excreta or gum solution and/or raw cocaine. The youths are bitter, they cannot direct their energies to anything productive because unemployment is high and there are no recreational facilities. Murdered popular cleric, Ja'afar Adam
The whole city is like a bomb waiting to explode yet, the governor, a former teacher who should know better, is priding himself at having achieved so much for the state.

We even gathered that he has begun surreptitious moves to campaign for the highest post in the land in order to transfer his human rights abuses at the State level to the national level.  Close to five Million Naira was spent in arranging the event that was aborted by Shekaru's private militia. This figure does not take into account the waste of time and resources of the guests and scouts, some of whom came all the way from Lagos to see how they could key in into the programme to make inroads into Kano for their businesses.

Movie maker, Hamisu
Efforts to speak to officials of the Kano State government for this story were rebuffed. Obviously, the Governor and his men are happy about the "success" in stopping the honour being given to a deserving indigene, but the people would always laugh last as in 2011they would have another opportunity to throw away leaders who swore to defend the Nigerian constitution yet have spent the last six years denigrating the same constitution and playing God.

It would be recalled that only recently, tension built up again in Kano over revelations on Saharareporters that a popular cleric, Sheikh Ja'afar Adam, was murdered by Shekarau and his agent. The governor has not denied the charge due to the overwhelming evidence provided in the story. Similarly, in another act of intolerance, the governor jailed Hamisu Lamido "Iyan-Tama", one of the pioneers of the Hausa film industry. Hamisu was arrested in May 2008 after his film, Tsintisya, was released. The actor was a 2007 gubernatorial candidate who was accused of not registering his company with the Kano State censorship board and for releasing the film in the state.